Representatives of the Czech, US, Croatian and Slovak defence ministries signed on Friday a letter of intent on the establishment of an international military aviation training centre, known as MATC. The document was adopted on the sidelines of a meeting of NATO defence ministers meeting in Brussels. The centre will provide training to helicopter pilots from air forces of NATO countries; it is expected that it will operate at several Czech air force bases as well as at those in other NATO member states. 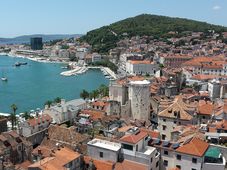 Travel to and from the Czech Republic to other countries has been tightly restricted for over a month. However, officials say that…