The Zlín Zoo announced on Friday it has sent another endangered brown vulture to authorities in Bulgaria for release into the wild.

Zoologist Václav Štraub told journalists that since it joined a project to revive the vulture population in Bulgaria, 14 have been released in the Stara Planina mountains.

The Ostrava Zoo has also sent vultures to the Balkan country. 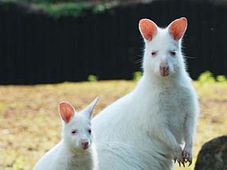 Prague's best known Menhir evokes both fascination and fear. An albino baby is born at Lesna Zoo and - what ails Prague's famous Astronomical… Stealing a railway bridge is not as difficult as it may sound! Pork crackling, tongue in aspic or some chopped liver? Former cabinet…