Empress Maria Theresa to have statue in Prague

The 18th century Habsburg Empress Maria Theresa, who was also the only queen of Bohemia, will have a statue in Prague 6. The local town hall held an open tender and commissioned the statue in 2014 for the price of four million crowns. It is to be unveiled later this year and will stand in a newly-established park bearing her name.

Maria Theresa Walburga Amalia Christina (May 13,1717 – November 29,1780) was the only female ruler of the Habsburg dominions and the last of the House of Habsburg. She started her 40-year reign when her father, Emperor Charles VI, died in October 1740. As queen of Bohemia she promulgated institutional, financial and educational reforms. 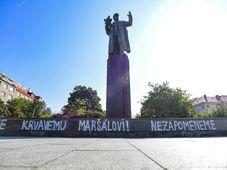 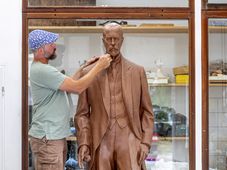 Countless statues of Tomáš Garrique Masaryk, the founding father of Czechoslovakia and the country’s first president, were erected…