The Czech Foreign Ministry has summoned Russia’s ambassador for talks over the news that apartments for Russian diplomats are reportedly being rented to third parties in Prague.

The ambassador was summoned following reports in the Czech media that thousands of apartments intended for diplomatic personnel were being leased to third party tenants, which is in violation of the Vienna Convention on Diplomatic Relations.

Russian Foreign Ministry spokeswoman Maria Zakharova previously said that the reports were based on local sources that “distort the truth.” 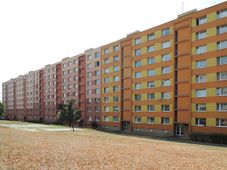