Former Czechoslovak ice hockey and soccer international Vlastimil Bubník has died at the age of 83. Bubník was part of the ice hockey team that took bronze at the 1964 Winter Olympics and earned three World Championship medals. He played for Brno ice hockey club as well as the football club RH Brno. Between 1957 and 1960 he made 11 appearances for Czechoslovakia’s soccer team, including at the European Nations’ Cup, scoring four goals. 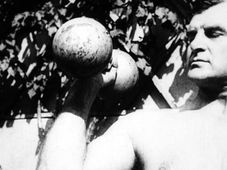 Gustav Frištenský – The legendary Czech strongman with a heart of gold

There is a Czech saying which goes “silný jako Frištenský”, or to be “as strong as Frištenský”. The trained butcher turned Greco-Roman wrestler…