Former Prime Minister Petr Nečas married his girlfriend and former chief-of-staff Jana Nagyová on Saturday, Czech news servers reported. A number of corruption cases involving Ms. Nagyová, became the reason for the Mr. Nečas’ resignation and the fall of his government in June. Ms. Nagyová was arrested by the anti-corruption police and accused of ordering unauthorized spying by the military intelligence service of Mr. Nečas’s former wife Radka as well as being involved in the trading of lucrative positions in exchange for supporting the government with three MPs at the end of last year. 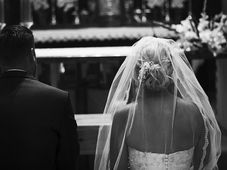 Number of weddings in Czech Republic highest in over decade

June is the month of weddings and after years of gradual decline, it seems matrimony is again on the increase in the Czech Republic.…