Goaltender Pavelec back in frame for Denmark game at hockey Worlds

Goaltender Ondřej Pavelec has recovered from an ankle injury and will be fit to play for the Czech Republic in their next game at the Ice Hockey World Championship in Sweden, a meeting with Denmark on Thursday. While Pavelec’s replacement, Alexander Salák, has been praised for his performances, the team have been disappointing so far; since beating Belarus in their opening game at the tournament, the Czechs have lost to Sweden and Switzerland and have only scored five goals in total. 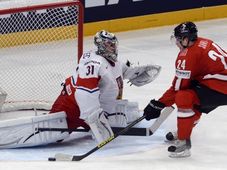 Earlier this week, hockey fans hoped that the Czech national team had finally found its legs in a 7-0 drubbing of Norway. But that… 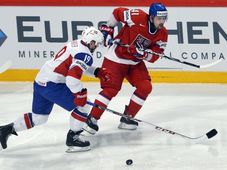 On Tuesday, the Czech hockey team faced a key challenge at the Ice Hockey World Championship: either defeat Norway or head home early.… 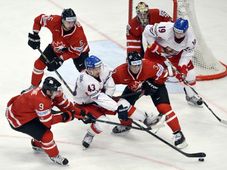 In Sports News this Monday: The Czech Republic just about hang on at Ice Hockey World Championship – and now need to beat Norway to…