The Czech government expressed its regret on Monday that Roma women were sterilised in the past without their full consent. A spokesman said the move was not an apology since the government could not apologise for the individual mistakes of certain doctors. Minister for Human Rights and Minorities, Michael Kocáb, said that safeguards had been drawn up to make sure such a step could not happen in the future.

The number of Roma women who were sterilised in the Czech Republic after 1990 is not clear. Around 80 women complained to the Czech ombudsman Otakar Motejl. He found that women were not properly informed about the step they were taking and could not therefore be said to have given their full consent. 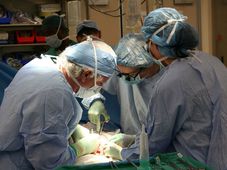