Health minister in favour of drastic images on cigarette packs

Health Minister Leoš Heger would welcome the practice of putting shocking images on cigarette packs as part of a broad anti-smoking campaign. The health minister said that in his view the drastic pictures could prove effective in putting off young people from smoking. On a panel debate on Sunday the minister admitted that his proposal for a broad smoking ban in restaurants could run into serious problems in the lower house of Parliament, due to intensive lobbying from producers. The government as a whole is against putting shocking images on cigarette packs as being too drastic. The Czech Republic has one of the highest number of smokers in Europe, particularly among the young generation. 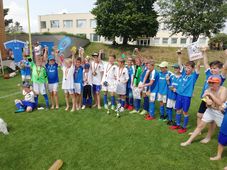