The band Lake Malawi will represent the Czech Republic at this year’s Eurovision Song Contest to be held in Tel Aviv, Czech Television announced on Monday.

The indie-pop band, formed in 2013 by the charismatic frontman Albert Černý, collected most of the votes in the national round, leaving behind seven other contestants.

Last year, Czech singer Mikolas Josef finished sixth in the final, achieving the highest ever placing for a Czech artists in Eurovision. 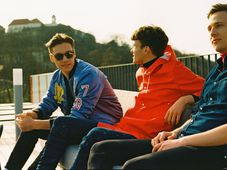 The 64th edition of the annual Eurovision Song Contest is set to start on May 14th in Israel. Forty-one countries are sending bands…