The Czech lower house on Friday approved a draft of the state budget for 2014 in the so-called first reading, sending it for debates in the house committees. The draft budget has a projected deficit of 112 billion crowns which would leave the gap in public spending below 3 percent of GDP. It is based on growth expectations of 1.3 percent, which would bring an additional four to five billion crowns in tax revenues to state coffers. The parties of the emerging government coalition – the Social Democrats, ANO and the Christian Democrats – have said they would like to see the budget approved by the end of the year. 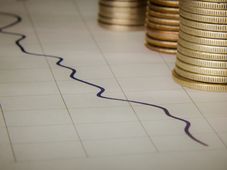