Man hits pedestrian while attempting to drive away from police check

Officers arrested a man who hit a pedestrian and two cars while attempting to evade a police check in Prague on Tuesday. The 24-year-old, who is believed to have been under the influence of drugs, has previously been banned from driving three times. After first escaping from the police he was detained later in the day on the capital’s Sokolovská St. His car had a handwritten number plate in the front. 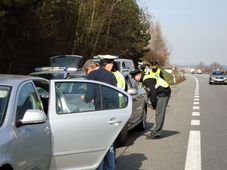 Czech police will be out in force over the Easter holidays, monitoring traffic on the country’s major highways but also minor roads.… 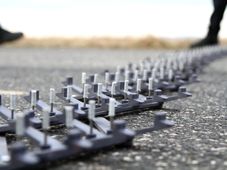 The police are taking the fight to road pirates and criminal suspects who try and avoid pursuit in the Czech Republic. In January alone,…