As every year on this day thousands of believers made a pilgrimage to Velehrad in south Moravia, where the missionaries were based. Addressing a congregation of some 30 thousand believers Cardinal Miloslav Vlk said the Church should move with the times and come closer to the people. He said it was vital to present the New Testament in a manner comprehensible to today's young generation. The mass, served by archbishop Jan Graubner, was held out in the open air and dozens of people collapsed in the scorching heat. Medics on standby said people suffered largely from dehydration and sunstroke. 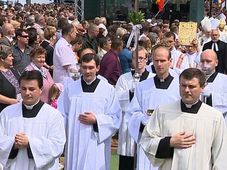 Believers go on pilgrimage to Velehrad for Cyril and Methodius celebrations

As the annual celebrations of the legacy of St. Cyril and Methodius approach many believers are undertaking a religious pilgrimage… 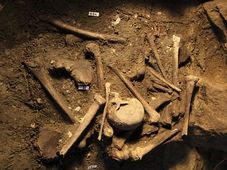 Cardinal Tomáš Špidlík dies at the age of 90

One of the greatest Czech theologians, a member of the Jesuit order and a prolific author, Cardinal Tomáš Špidlík died in Rome on…