The founder of paediatric oncology in then Czechoslovakia, Professor Josef Koutecký, received on Wednesday the Purkyně Award from the Czech Medical Association of J.E. Purkyně in recognition of his life-time work. Professor Koutecký founded that branch of medicine in 1964; in 1978, he established the department of paediatric oncology at Prague’s Motol hospital, the first of its kind in the country, which played a crucial role in raising survival rates of children cancer patients to the current 80 percent. At Wednesday’s ceremony, Professor Koutecký said he was humbled to be awarded the prize, handed out since 1962. 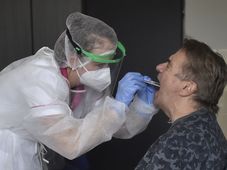