Members of the Sokol athletics organisation meet in Roudnice

Six thousand members of the Sokol athletics organisation met in Roudnice nad Labem on Saturday to take part in calisthenics exercises at the local stadium before heading to the famous mountain in Bohemia known as Říp. The hill has a key place in Czech legend, referred to as the first place the Slavs settled. On Sunday, members of Sokol, many from chapters abroad, will hold a parade through the town to mark the 120th anniversary of the patriotic sports movement. 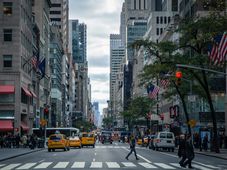