Officials leave for Bahamas to negotiate extradition of Viktor Kozeny

The daily Mlada Fronta Dnes reported on Monday that a three member delegation led by deputy justice minister Roman Polasek had left for the Bahamas to try to persuade the local authorities to extradite Viktor Kozeny to the Czech Republic rather than the United States. Mr Kozeny is wanted for extensive fraud in both countries. The Czech authorities say that they filed an extradition request before the United States, which on the other hand has been more successful in getting Mr Kozeny arrested and jailed in the Bahamas where he had been living a life of luxury as an Irish citizen. 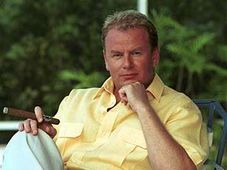 Czech shareholders who lost millions of crowns to controversial businessman Viktor Kožený in the 1990s, have a strong chance of getting…

Pirate of Prague inches closer to extradition to U.S.

Viktor Kozeny, the so-called Pirate of Prague, appeared one step closer to extradition to the United States on Thursday. A court in…