Oldest Czech to fight in World War I dies at 107

The oldest Czech to have served as a soldier in World War I, Alois Vocasek, died on Saturday at the age of 107, the website euro.cz reported on Wednesday. At the time of his death Mr Vocasek was attempting to take a case to the European Court of Human Rights, saying he was wrongfully imprisoned after World War II for collaborating with the Nazis. Alois Vocasek, who was born in 1896 near Kolin, married for the fourth time at the age of 97. 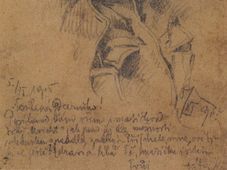 A unique diary belonging to a Czechoslovak legionary named František Krejčí was recently discovered and published by his ancestors.… 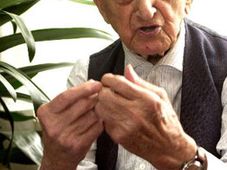 The oldest Czech soldier to fight in World War I, Alois Vocasek, died at the age of 107 on Saturday, the last survivor of the battle…

The photo of the Austrian-born American actor Arnold Schwarzenegger, who has announced he is going to run for governor of the state…