Sunday is the last day of Prague's seventh Czech music theatre festival, Opera 2005. Due to illness, the festival will not be closing with a performance of Tchaikovsky's Queen of Spades but with Donizetti's Lucia di Lammermoor, at Prague's State Opera. Since January 7, visitors were able to see opera groups from around the country perform at various venues in Prague. The festival will officially come to a close on Saturday with an award ceremony for best performance and best performers at a gala concert at Prague's Estates Theatre. 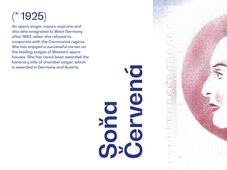 An opera singer, mezzo-soprano and alto who emigrated to West Germany after 1962. 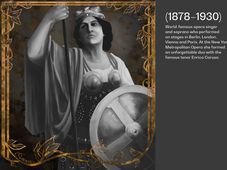 World-famous opera singer and soprano who performed on stages in Berlin, London, Vienna and Paris.