Over 440,000 foreigners living in Czech Republic

More than 441,000 foreign nationals were living in the Czech Republic at the end of last year, the Czech Statistics Office said on Thursday. That represents 4.1 percent of the country’s total population. In Prague, foreigners make up 13 percent of inhabitants. Around half of the foreign citizens have permanent residency permits. The biggest surge in the numbers of foreigners moving to the Czech Republic was registered between 2001 and 2008; in recent years, mostly citizens of other EU member states have been settling in the country. Around 60 percent of all foreign residents come from Ukraine, Slovakia and Vietnam. 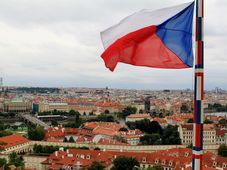 How I became a Czech citizen

Last October, having lived in the country for just over 25 years, I became a citizen of the Czech Republic.