Pluto on Thursday lost its seven-decade status as the ninth and outermost planet of the solar system in a decision taken by the world's top astrononomical body the International Astronomical Union meeting in Prague. Pluto's status had been contested for many years by astronomers, who now said its tiny size and eccentric orbit precluded it from joining the eight other acknowledged planets: Mercury, Venus, Earth, Mars, Jupiter, Saturn, Uranus and Neptune. 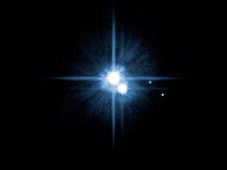 It is now official: Our solar system has only eight planets. In Thursday's vote at the General Assembly of the International Astronomical…