Poll: majority feels Czech Republic can do without immigrants

A new poll just released has suggested that as many as 60 percent of Czechs feel the country does not need new immigrants, answering with ambivalence or in the negative to a question regarding whether foreigners should be allowed to stay. Responses were similarly negative to the question whether or not the Czech Republic needed immigrants for the future. The Czech Republic has an aging population, and experts generally agree the country would benefit from a new influx of immigrants. Some studies suggest that by 2050 a quarter of the population could be made up of immigrants, a number that echoes general EU estimates. The Czech society has traditionally been quite homogenous. Of course, there have always been regional differences in dialect, culture,… 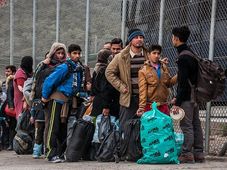 President Miloš Zeman, the country’s most outspoken opponent of migration, has come under fire from EU commissioner Guenther Oettinger,…