Officials of Prague 10 town hall have offered to buy the Ďolíček soccer stadium so that Prague’s Bohemians, which have been playing there for almost 80 years, can stay at Ďolíček instead of having to move to another stadium. Prague 10 town hall officials said they made the offer on Wednesday. The CTY Group, which owns the majority of stocks in the stadium, has not yet responded. The current price of the stadium is estimated at 75 million crowns. Prague 10 hall had earmarked 55 million crowns to purchase the stadium in 2003, but the sale fell through. Fans of the Bohemians team have now started a collection to raise the remaining 20 million crowns. The CTY Group is planning to close Ďolíček due to a necessary renovation that would cost hundreds of millions of crowns, but some say that the real reason behind the closing is the fact that the stadium is in a very valuable real estate location. 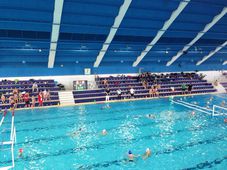 Many municipalities looking to replace old pools and stem losses

The Czech Republic boasts a relatively high number of swimming pools per capita. However, most are loss-making and many municipalities… 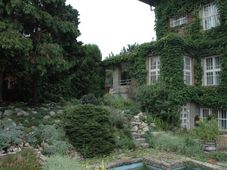 When one half of the Čapek brothers villa was put up for sale by the relatives of Karel Čapek’s wife on May, some were worried that… 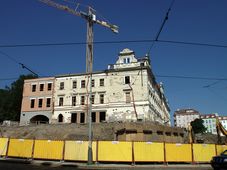 Standing atop of a small hill, with a tramline swooping around it, punctuated by a baroque Roman Catholic church on one side and a…