The Czech publisher of the Harry Potter children's books says 10,000 fake copies of Harry Potter and the Goblet of Fire have been sold in the Czech Republic, the daily Pravo reported on Wednesday. Official publishers Albatros accuse the company Ottovo of being behind the fakes; a police source said the latter had invoiced bookshops for a non-existent book called Goblet of Fire. Over 800,000 Harry Potter books have been sold in the Czech Republic. 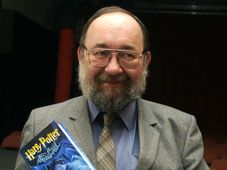 We pay tribute to one of the leading Czech translators from English, Pavel Medek, who died on Tuesday at the age of 63. Mr Medek was…

Mr. Vojtěch Kotek can be proud to say that he is a perfectly normal, young Czech actor, thank you very much. But on one particular… 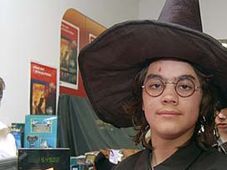 After months of anticipation, and several unauthorized versions finding their way onto the internet, the Czech translation of the seventh…