Czech President Miloš Zeman appointed 85 university professors, the president’s office announced on Monday. The step was taken last week. The candidates waited months for the appointment as the president had intended to give up his power to grant professorship after last year´s controversy over the appointment of literary scholar Martin C. Putna. The head-of-state opted to appoint the candidates in the end after a new bill, aiming to transfer the power to the head of the Senate, was rejected by the Chamber of Deputies.

In mid-January, Mr Zeman said if the bill failed in parliament, he would sign the appointment decrees but he would empower the education minister to present them to professors. University rectors agreed the procedure although it is provisory. Education Minister Marcel Chládek has proposed several alternative solutions, including one which says that professors can be appointed either by the Senate chairperson, the education minister or universities themselves. 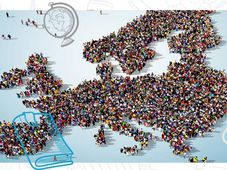 Every year, thousands of foreign students come to study to the Czech Republic within the Erasmus programme. To what extent were their…