Czech President Václav Klaus criticized Prime Minister Petr Nečas for his determination to push through a bill that would raise the Value Added Tax rates by one percentage point as well as income tax for top earners. President Klaus told Mladá Fronta Dnes daily on Friday that raising taxes at this time is a fatal mistake that is “bordering on political and economic suicide.” The Prime Minister pledged to override the Senate veto of the bill, which is an essential part of the government’s economic consolidation package. Without the package the government will not be able to fulfill its main goal to bring the public deficit below three percent of the GDP. In that case, Mr. Nečas warned, there will be no reason for this government to continue its existence. The coalition government will have to get 101 votes, or absolute majority, in the lower house to pass the tax hike, which some analysts say will not be as easy as the Prime Minister claimed on Friday. 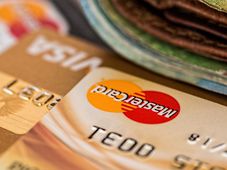 Czechs’ payments methods have been affected by the coronavirus crisis, with people increasingly preferring to use bank cards when making…