President suffering from a viral infection

President Miloš Zeman is suffering from a viral infection and his engagements for the next few days have been cancelled, his spokeswoman Hana Buriánová said on Friday. She said the president had a head cold and was feverish but should be back in his office on Monday. Mr. Zeman appeared unwell and was visibly unstable at Thursday’s ceremony of bringing the crown jewels out of storage, sparking speculation regarding the cause of the problem. 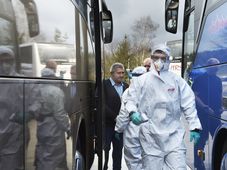 In response to the coronavirus pandemic, the Czech government has declared a 30-day State of Emergency effective immediately. Among…