Some thirty people gathered outside the Ministry of Labour and Social Affairs in Prague on Wednesday to protest against the reform of the welfare system and the fact that no tender was held for a new computerized system of welfare payments. The rally, is part of a series of anti-government protests which were originally planned as “human blockades” of several ministries implementing a broad range of government austerity measures but all have been marked by a low turnout.

Thirty children from the Czech Republic found a new home abroad last year, according to data released by the Office for Legal Protection… 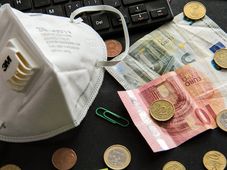