In related news, the leader of the embattled coalition Public Affairs party, Radek John, said on Thursday his party wanted to avoid early elections. The junior coalition party split earlier this week after deputy prime minister Karolína Peake quit Public Affairs along with several MPs and said they would support the government; the rest of the party is now considering joining the opposition in the lower house. However, Mr John gave no direct answer when asked whether the rest of the party would also support the government in a possible vote of no-confidence. 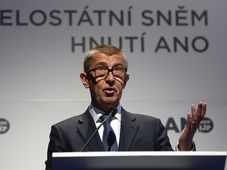 Quo vadis, Prime Minister Andrej Babiš? For everyone, to Europe.

Prime Minister Andrej Babiš has been re-elected chairman of the ANO party that he founded seven years ago, running unopposed at the…