Reality TV show forced to move out from its premises

The commercial TV station Prima has announced that its prime-time reality show VyVoleni will be broadcast from a different location. The reason is a legal dispute with the owner of the plot on which TV Prima had built the house in which the contestants live. At 5 am on Sunday, around 40 security guards with dogs surrounded the house in a Prague suburb and ordered TV Prima employees to leave. The five remaining participants of the successful TV show will move to Slovakia where the commercial TV station JOJ is running a similar show under the same licence.

Prima TV, the second most popular commercial TV station in the country, has announced it is teaming up with CNN International Commercial… 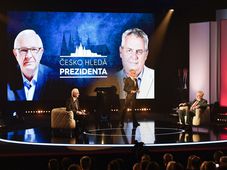 Czech businessman Ivan Zach has become a majority owner of TV Prima, the second biggest commercial channel in the Czech Republic, the…