The Security Council is meeting to discuss security issues in the wake of Thursday's terrorist attacks in London. Security measures have already been tightened around the country with increased police patrols in the city centre, at airports and railway stations, power plants and all buildings deemed sensitive, including the headquarters of Radio Free Europe. Following a meeting with the country's intelligence services Prime Minister Jiri Paroubek said he had no information indicating a possible terrorist attack on Czech territory, but said that greater precautions would be necessary in the coming days and weeks. 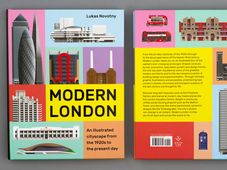