Olympic men's aerials champion Ales Valenta appears to have shrugged off a knee injury and will defend his title after he was named on the start list for Monday's qualification round. Valenta, a surprise winner in 2002 when he landed the difficult quintuple-twist triple backflip, injured his knee in training on Tuesday and said he did not know if he would be fit to compete. Qualification for the men's freestyle skiing aerials takes place on Monday with the finals on Thursday. 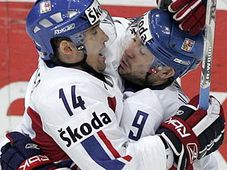 In Sports News: the Czech Republic come close to an embarrassing early exit from the World Ice Hockey Championships but scrape through… 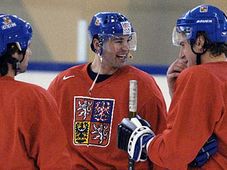 The Olympics: Hasek to start in goal in Czechs' opening ice hockey match

On Tuesday the Czech ice hockey team plays its first match against Germany, a highly-anticipated match that should see players like… In Sports News: free-style aerial skier Ales Valenta comes a disappointing 16th in his last event before the Winter Olympics in Turin;…