The equestrian statue of St. Wenceslas on Prague’s main square is once again chained off to protect it from vandals. The chain was removed eight years ago after members of the Balbin Poetic party, a pseudo-party which regularly meets in a pub to criticize the shortcomings of Czech society and politicians, demanded its removal arguing that having a chain around the nation's patron saint did not bode well for the future and that to many people the chain symbolized the occupation of Czechoslovakia by Soviet troops. Since its removal the statue has been an easy target for vandals and there have been incidents of drunks trying to climb it. 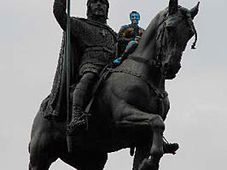 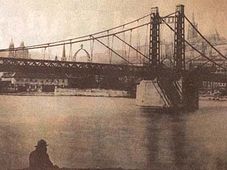 A tornado hits Trebom village. The town of Cheb organizes a cream-cakes free for all. And THUNDERBOLT - the car that stole the show… 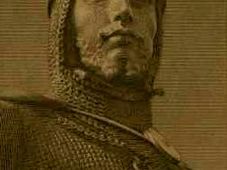 September 28th is St Wenceslas Day, commemorating the Czech nation's patron saint, Prince Wenceslas, or Vaclav. He was slain by his…