September 30 is the 10th anniversary of the final broadcast in the Czech language by Radio Free Europe, a U.S.-funded station that was established to transmit information across the Iron Curtain to the communist-controlled Eastern Bloc. The first ever broadcast by the station, which was based in Munich, West Germany, took place on May 1 1951 and was in Czech. After the fall of communism, then Czech president Václav Havel invited RFE/RL (by then it had merged with Radio Liberty) to move to Prague, from where it continues to broadcast to countries such as Belarus, Iran and Pakistan. 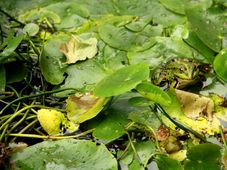 The singing of birds, the croaking of frogs or the sound of animals moving in the undergrowth – these are just some of the sounds you…