The 25th victim of methanol poisoning dies in Silesia

A 55-year-old man died of methanol poisoning in the north Moravian town of Havířov on Monday. The man was admitted to hospital on 3 September in critical condition. He is the 25th victim of the recent outbreak of methanol poisonings, and the 15th in the Moravia-Silesian region. In the meantime, a hospital in the nearby city of Ostrava admitted yet another methanol patient, in serious, but not critical condition. The patient was administered the Norwegian antidote drug Fomepizol. 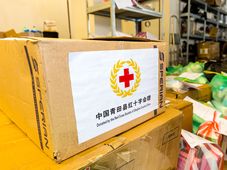 In times of war, it is often said, truth is the first casualty. In the midst of the battle to contain the coronavirus, Czech authorities…