Two Czechs drowned and a third person is still missing following a rafting accident on Friday on the Swiss river Landquart near Küblis, the Neue Zürcher Zeitung reports. The three were part of a group of 10 Czech tourists on two rafts; when one overturned, two people were able to save themselves but two others were later found drowned. The fate of a 66-year-old man remains unknown but officials are not hopeful. The search has since been called off until further notice. 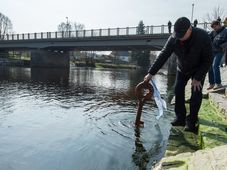 Paddle-enthusiasts symbolically “unlocked“ the Vltava River at the weekend, opening the new boating season. The most enthusiastic boaters… 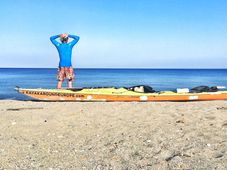 Nearly four years ago, in April 2015, Czech adventurer Jiří Oliva set off on a journey to fulfil his dream: travelling around Europe…