Petr Janyška is the head of the Czech Literary Centre, a recently created state agency that aims to promote the country’s writers internationally. Originally a translator, Janyška was one of the founders of the weekly Respekt before working for many years as a diplomat. Before getting on to his plans for the Czech Literary Centre, I asked him during a recent meeting about his own connection to books and writing. Petr Janyška, photo: Jiří Němec "First of all, I’m a great fan of literature and any country or city I visit my first walk is to local bookshops, to see what they are selling.

“Even if I don’t understand the language it’s always interesting to see what the covers look like, which books are in the windows and how interested they are in international authors.

“My first professional experience was as a translator. I worked for 10 years as a translator, mostly from French but also from English and Polish. Translating different texts: books, film subtitles and operas.”

What is the main idea behind your new organisation, the Czech Literary Centre?

“I think in Germany, for example, they have a very large network of those institutions. In France it’s the Centre national du livre. Etc.

“Until now the Czech Republic hasn’t had such an institution. And its main purpose will be to promote Czech literature, rather contemporary authors and young authors, abroad.

“To help them to be more well-known abroad. In Europe but also on other continents. This will be main purpose.

“If the institution has not existed yet, this does not mean that the Czech state or the Czech government did not promote at all Czech literature. On the contrary.

“But the activities were very much spread among several institutions: the Ministry of Culture, the Centre for Theatre, the Moravian Regional Library, etc., etc.

“For the first time in the Czech Republic we shall have an institution that will have a more systemic, more strategic, view on how to promote Czech literature abroad.”

“So for the first time in the Czech Republic we shall have an institution that will have a more systemic, and I would say more strategic, view on how to promote Czech literature abroad.”

In concrete terms, how will you do that? Will it be through supporting translations, through marketing?

“First of all, I’ll try to get in touch with many other centres or institutions of this kind abroad, to see what they’re doing, to get some good inspiration.

“I think that we shall try to help Czech authors – contemporary, living authors – to travel more, to be more visible abroad.

“We shall try to see whether it’s possible to contact more editors in other countries – editors who have not published Czech authors yet, or in a very seldom way – and to see whether they might be interested in publishing them more.

“We shall help them financially, of course. You mentioned already the promotion of translations, which we shall continue to do to. But we will maybe go even further – maybe we can help them with copyright or even with printing.”

Some Czech writer may potentially be more popular in, for example, the US and some other writer in Poland or some place. Will you in a sense target certain writers at certain countries? Or will you do it in a more blanket, general way?

“You are right – we will try to target them. Of course, I can’t tell you now how to do it exactly.

“But we will try to find out why some thematics are more interesting in some countries and less in others.

“If you take a book like The End of Punk in Helsinki, written by the famous Czech author Jaroslav Rudiš, it’s clear that it was very popular in Finland. 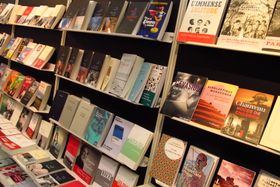 Illustrative photo: Kristýna Maková “Although in this context Helsinki doesn’t mean the city in Finland but a pub in a regional Czech town it was still very popular in Finland.”

Naturally I’m curious what your plans are for the English speaking world, particularly the UK and the US?

“For us the English language market is particularly important. Because experience shows that if a book is published in English then it’s much easier to have it published in other languages.

“If you contact an editor in another country and can tell them that the book has already appeared in English they will be much more open to also translating it into other languages.

“So for us English versions will be a priority. The second priority will be the German speaking countries. It’s obvious. They are our neighbours – two big countries with very good networks of libraries, readers clubs, houses of books, etc.

“But also we would like to go much more into the French speaking countries and to Hispanic countries.”

Some people listening to this may be thinking, Why should the state support literature – surely if books are good enough they will reach an international audience? For example, look at all the Scandinavian crime writers how have become successful internationally. Good books will simply find an audience.

“Do you really mean that or are you making fun?”

No, I’m not. But I’m in a sense playing devil’s advocate – some people may think that.

“I understand. Well, that may go for very big languages and maybe for big publishers and authors. English language ones.

“Experience shows that if a book is published in English then it’s much easier to have it published in other languages.”

“But if we really want a Czech author who is a bit known because he’s young and has written two, three, four books in the Czech Republic… if we really want him to be published in the Spanish language world, in Latin America, in Portugal, in Sweden, it may help.

“Otherwise, how will a Chinese or Spanish editor ever know that such a person exists? How will he or she know that the book might be good? Etc.”

I know that organisations like yours very often plan long into the future. Next year is the centenary of the foundation of Czechoslovakia. Will you be doing anything to mark that enormous anniversary for this country?

“I’d like to. But I must tell you, I have just signed my contract very recently. So we are at the very, very beginning.

“The Czech Literary Centre is a baby – it’s a new-born baby. I’m now for instance completing my staff. People will start working in April or May.

“I’m just getting acquainted with my offices, which are located in a very nice place in Prague, one of the best quarters: Vinohrady.

“I’m inviting all editors, writers and translators to come and visit us of course if they come to Prague. They’ll find the address on the internet. 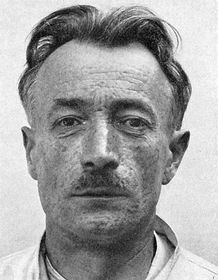 “But we would like to do something next year. Because literature and authors have always played a great role in Czech society, in Czech history.

“One person who comes to mind is [Josef Svatopluk] Machar, who was a good writer and at the same time was one of the leading persons in the Czechoslovak Army, after the foundation of Czechoslovakia.

“[František] Kupka, the famous abstract painter who then settled in France, for instance made a design for the flag of the Czechoslovak legions in France.

“So the link is quite obvious and shows that writers, in those times at least, did not just stand alone with their paper and pencil but really took an active role in political and social life.”