Jan Kodeš recently lined up with the rest of the 1980 Davis Cup winning team alongside the Czech team that won this year’s trophy, amid joyous scenes at Prague’s O2 Arena. Kodeš, who is 66, was a member of the Czechoslovak Davis Cup side for 17 years, and later served as its non-playing captain. But his greatest successes came as a player at the French Open, which he won twice, and Wimbledon, where he lifted the trophy once. 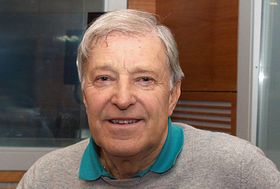 Jan Kodeš, photo: Pavla Kopřivová We spoke at the First Czech Lawn Tennis Club on Prague’s Štvanice island, which he joined at the age of 13. When had his talent first come to attention?

“I started when I was 8 years old in a club near here. It was called Čechie Karlín. But I mainly played soccer as a teenager. I played both. And when I became number three in the Prague under 12s championship somebody said, maybe he could play tennis.”

Tell me a bit about your background. I was reading that your father was a lawyer who was forced to work in a factory and also worked at the Čechie tennis courts.

Was it an advantage to you that your dad was working at those courts?

“I don’t think so. I was there just because of his job. But then when I got my first prize, when I became number three in Prague in the under 12s, then my father decided I should go to this club here, to get a coach. Because at that time there weren’t good coaches at the other small clubs.”

Was it the case in those days that sports people had to have some kind of formal employment? So, for example, a soccer player would have to go in the morning to a factory and then clock in and leave again? Did you have to do something like that?

“You’re talking about the guys who were no longer juniors, but I was in school. And later on I was lucky and I got into the University of Economics. So actually it was not like that, because I studied till I was 26. 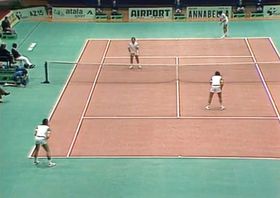 Davis Cup doubles final in 1980, photo: Czech Television “It was true that some sportsmen had to go to work in the morning and they could practise in the afternoon. They were released, for example three or four hours early, to go for practice.”

“Of course, I was very nervous. I remember I had gruelling, tough matches in the third and fourth rounds, which were of five sets and took almost four hours. One was against the Romanian Ion Tiriac, the other was against the clay courter and very good Davis Cup player Francois Jauffret from France.

“The final I actually won quite easily, against Zeljko Franulovic. But I always remember the tough matches before the final.”

For many people around the world, perhaps in particular those who aren’t so interested in tennis, Wimbledon, which you won in 1973, is THE tennis competition. Do players consider Wimbledon to be a greater tournament than the other Grand Slams?

“Wimbledon has some kind of historical…thing because of the surface, grass. In my time, three Grand Slams were played on grass: the US Open in Forest Hills, the Australian Open in Kooyong and Wimbledon. The only event played on clay was the French Open.

“So until today, the players have a feeling that Wimbledon is, historically, something different from the other tournaments – because it’s on grass.” 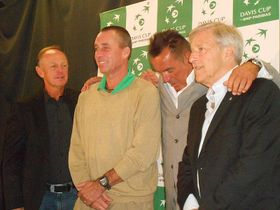 “I knew Drobný very well. He was a champion – he won in 1954, when he beat Ken Rosewall. I met him for the first time when I played the junior Wimbledon. I was 18 years old when I came to Wimbledon and I was introduced to Jaroslav.

“Jaroslav helped me during Wimbledon and during the French Open, because at that time he played senior tournaments. So I saw him playing as a senior.”

Your winnings at Wimbledon were I believe GBP 5,000, which probably went a long way here. But generally speaking, today there is so much money in sport, not just tennis but other sports too – how do you view that development?

“You have to realise that I won 40 years ago, and the sport started developing very quickly. I remember when I won the French Open, the first prize was USD 10,000. The year before, when Rod Laver won, he got USD 3,000, and the year before, when Ken Rosewall won, he didn’t get anything. So for me at that time USD 10,000 was dream money.

“Then, a few years after that, when it was the Bjorn Borg era, suddenly the prize money jumped much higher. In the early ‘80s the money was increasing tremendously. But I made my wins in the ‘70s.”

Apart from the money, how has tennis changed since your day?

“Tennis has changed in some ways but stayed the same in others. People ask me how many tournaments I played a year, and how big were the draws, and so on. But the draws have always been under 28 at Grand Slam events. And I played almost every week from January, so my calendar was quite busy, as it is today for the guys who are playing. 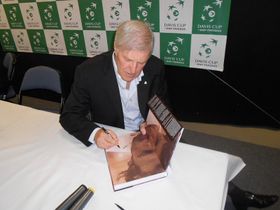 Jan Kodeš, photo: Daniel Ordóñez “But I think the most I could say…of course, the racquets that the guys are using make it a little bit easier for them – they have to work maybe less with those racquets than we had to with the old wooden ones.

“But mainly the thing which I like, and which I am a little bit jealous of, is the umpiring of matches. Because today you have neutral umpires during the Davis Cup, and you have the Eye and can look at whether the ball touched the line or not.

“I always say, if this had been in my time, how many bad calls that I got in Forest Hills or Wimbledon or in the Davis Cup I could prove were good, and that my ball touched the line.”

I was reading one interview with you in which you said that you always won whenever the crowd was on your side. Do you think it’s a tactical mistake for some players – like for instance the Czech player Tomáš Berdych – not to make a bigger effort to appear to be pleasant and to win over the crowd?

“I don’t want to mention…I wouldn’t say that Tomáš Berdych doesn’t win over crowds. But I would say that especially when you have a hard match and it’s very even between two guys, the crowd always helps a little bit.

“I had this feeling during my Grand Slam finals – when I played two times at the French, and even at Wimbledon, or when I played at the US Open – you feel that in the fifth set that if the crowd is behind you it helps you a little bit to be mentally and physically fit at the end.”

Recently Tomáš Berdych and Radek Štěpánek had a fantastic success in the Davis Cup. You were there. How was it for you watching the final from the crowd?

“It’s always very difficult to watch from the crowd. It’s always much easier to play, because if you are sitting in the stand you always think as you if were on the court and about what you’d do if you were there. Probably I would do a few things differently than Tomáš did. 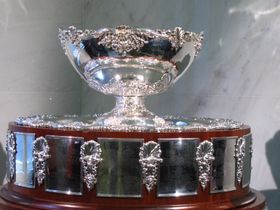 Davis Cup, photo: Kristýna Maková “But it’s easy to see from the stand. If you are on the court, it’s more difficult. I always say, everybody is very smart after the match. But during the match it’s something else.”

And what were your feelings when Radek Štěpánek scored the final point?

“I was very happy for him. He’s nearly finishing his career, he’s 34 years old. I was also 34 years old at the time of my last event in the Davis Cup, so I remember it very well.

“For him, even if he’s going to keep playing for another two or three years, it was a great effort and it is some kind of peak of his career, that he won the Davis Cup.

I thought it was wonderful watching that night, when you and the rest of the team that won the Davis Cup in 1980 came out on to the court with the team that won from this year. Could you describe that experience?

“That was actually the first time that happened. Even the people from the ITF said it was fantastic, because other countries never did such pictures with past winners and present winners. 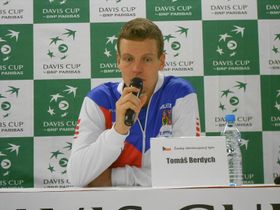 Tomáš Berdych, photo: Daniel Ordóñez “It was fun. When the match was finishing, Ivan Lendl said, we have to make a picture with the winners, because we aren’t going to win it for another 50 years! So that’s why we came to the court, and it was very well taken by the ITF and by the crowd, and also by the players, Tomáš and Radek.

“Our coach Pavel Korda was crying all the time. He said, I can die now, I wanted so much to see another team winning the Davis Cup, so I can die now! We kept saying to him, don’t cry any more, we’re going onto the court and it doesn’t look too good. So it was quite fun.”