Jana Počtová’s documentary Non-Parent offers an intimate exploration of unorthodox family life in the Czech Republic today. A follow-up to her earlier film Generation Singles, it tells six stories of non-nuclear family setups, from a lesbian couple who conceive with the help of gay friends to a heterosexual pair who have made a conscious choice not to have children. When Počtová came to our studios the conversation took in everything from the challenges of step-parenting to the experiences of her 99-year-old grandmother. But I first asked the director, who is 37, how she had selected her protagonists. 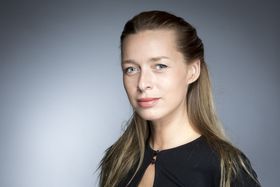 Jana Počtová, photo: archive of Jana Počtová “I chose these stories because they’re all things that could happen to me. I could be a single mother. I could live with a guy who already has some children.

“Probably I won’t be a lesbian – I already know it [laughs].

“But what’s really interesting about this lesbian couple is how they are trying to have a baby with a sperm donor. That’s also an option in the 21st century, and a lot of women are using this method to have children.

“Yes, basically it was the most common stories that I see around me and what I can live myself in the future, if I decide to have a family.”

I’m sure you spent a lot of time casting the film and you knew the stories of these people pretty well. But was there anything that happened during the filming that particularly surprised you?

“I didn’t expect that the lesbians would want to have another child, because they already had two children.

“And then sometime in the middle of shooting they decided to have a third one – and they allowed me to be part of the insemination, with the camera.

“It was really interesting because you can see how it works.

“It was really interesting for me and I think it’s a really powerful scene in the movie.”

One thing that isn’t unusual, I guess, is the patchwork family of your protagonist Hanka. What struck me watching her – and I know families like this, we all do – was what a challenge it must be for these people to take on kids who aren’t their kids biologically and to treat them as their own, or at least to try to.

“Yes. All these questions around stepmothers and stepfathers are really hard. It’s a topic that nobody talks about.

“In the Czech Republic in general 50 percent of marriages end in divorce and in Prague it’s 70 percent.

“In the Czech Republic in general 50 percent of marriages end in divorce and in Prague it’s 70 percent.”

“So I don’t know how many children grow up without their biological parents, but I think around 40 percent live with a stepmother or stepfather.

“It’s really, really hard to give the children of a partner the same love like you give to your children.

“So she has to deal with three children which are not her biological children, so the feelings are different. And they have to talk about it.

“She’s really open – she says everything really straight. I think that’s the only option how to deal with all this stuff.

“If you are not open, the children are confused, because they feel something different from what they hear.

“You’re telling them, I love you the same, but it’s not true and they can feel it.”

The only real non-parents in the film are this couple who have decided not to have kids. What reasons did they give for not having kids? And generally, how is that decision perceived in the Czech Republic? Are people seen as, for example, selfish if they don’t want children? 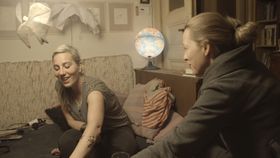 “It’s really funny – there are almost eight billion people on the planet and some people are discussing one couple who don’t want to have children.

“You know, we are overcrowded [laughs].

“Yes, everybody thinks that they are selfish and only care about themselves.

“But what’s really nice is that this couple have something that the other couples don’t have and that’s a really nice, open-hearted relationship.

“And there are plenty of reasons why they don’t want to have children.

“Marcela doesn’t feel like being a mother. She doesn’t have these kinds of feelings, which is quite normal. Many percent of women feel this way.

“In the past it was the same, but they were forced to have children.”

One of the characters, Joachim, has care of his daughter sometimes – he’s separated from the mother of his daughter. In the film we also see his mother and we learn from her that she also had kind of non-traditional relationships. So the ideal family probably never really existed. But what I’m curious about is if you feel that these kinds of relatively unconventional family set-ups, which we see in the film, are part of a trend? Is it something really new here?

“During the communist time there was only one option if you wanted a flat: you had to get married.”

“I don’t think that they’re something new. I think this ideal concept of the family didn’t work in the past either.

“But social and economic conditions are changing rapidly. Now everybody can survive alone. I can move to another flat quite easily, if I have the money.

“During the communist time there was only one option if you wanted a flat: you had to get married. Otherwise it was almost impossible to move from your previous family.

“All these economic and social things were something like artificial barriers, and now when they are gone maybe we are finding the basis of family and relationships.

“Maybe we are not programmed to stay with somebody for a long, long time.

“But I don’t know. I don’t have an answer. It’s such a huge topic and it’s almost impossible to answer [laughs].”

Have you had many particularly interesting responses to the film? And do the responses differ according to the age of the viewers? 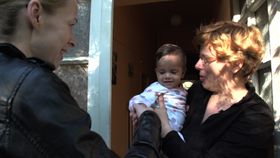 'Non-Parent', photo: Czech Television “The older generation’s reaction has been, This really exists?

“It was really funny, one guy asked me why I chose such strange types.

“I was really confused and asked him like, What do you mean?

“And he said, It’s not normal, it’s abnormal. I was like, No, where are you living? It’s completely normal.

“You have a 50-percent divorce rate, 10 percent of women don’t want to have children, we don’t get married, so many children live with different parents. It’s completely normal nowadays.

“So the old generation is a little bit surprised.

“And the young generation… I had a completely opposite reaction. Like, I know this topic, almost everybody around me lives like this, so I don’t know why I should watch this film – for me it’s normal.”

You previously made a film called Generation Singles. I understand your next film, which will be part of a trilogy, will be about modern couples. Speaking about different generations, when you look at your friends and the people around you, do you have a sense that they have different expectations with regard to family and relationships compared to older people?

“I think that they are not different from the previous generation.

“We all believe in family. Everybody wants to have normal families and not to get divorced or to have shared custody.

“I can’t imagine that someone would plan in future to get divorced and not be with their children.

“So I think that everybody has these ideals. But it’s hard to hold these goals.

“My grandmother met her husband only three times before they got married.”

“Like I said, we don’t have these artificial barriers that help everybody to deal with the problems in their lives more, to be stronger and survive.

“Because now we can go whenever we want.

“It’s always a problem… for example when you go to a restaurant and there are three meals on the menu, it’s easy to choose.

“But when you have a menu with 100 meals it could happen that you make a mistake!”

When I was preparing for this interview, I read that you have a grandmother who’s 100 years old.

“Yes, she will be in January.”

How does she view the behaviour of modern people today?

“[Laughs] She’s quite modern in her views, so it’s nice to talk to her.

“What’s really funny is that she met her husband only three times before they got married.

“The first one was on some library course. 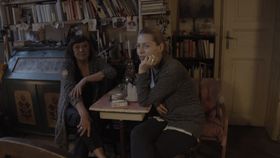 'Non-Parent', photo: Czech Television “The third time was when he came there with his mother for like an official appointment with the two families.

“And the fourth time they saw each other was when they got married.

“They spent more than 60 years together.

“It was completely different and I think my grandma was lucky, because they found each other. But not everybody is so lucky as they were [laughs].” 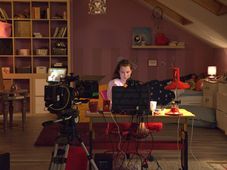 Uncensored version of hit documentary Caught in Net out now

Caught in the Net, a documentary mapping how predators target teenagers online, has been the most successful film at Czech cinemas…

The Input of Czech fathers in the upbringing of their children has risen over the past 10 years, with 70 percent saying they now have…