Join us for Part 2 of our interview with 38-year-old Czech para-cyclist Jiří Ježek, a gold and silver medal holder from the London Paralympics. London was Jiří’s fourth appearance at the Games and his medal finishes there saw him become the most successful para-cyclist in history. 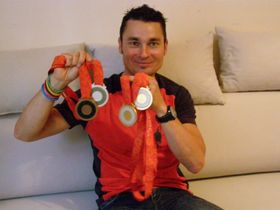 In the second of this two-part interview, Jiří Ježek (who became disabled as a boy, losing his lower right leg beneath the knee in a traffic accident) talks about got into cycling at the age of 20, how he sees advances in prosthetics and how he tries to help Czech kids today overcome disabilities.

“I started with cycling the same day I began working in prosthetics as a technician. I was around 19 or 20 and had recently finished school. I came to the workshop, my new place of work, and reality set in and I told myself I was now an adult, a new life had begun and there was no more school. I began looking for a hobby as I didn’t want to come home in the evenings after eight hours of work and just sit on the sofa watching TV. I was sporty before, I did a lot of sports. But I chose cycling because I met the first Czech para-cyclist who had the same injury as I did. He invited me to come out and bike on the weekends and meet new friends and other disabled cyclists. He made clear I didn’t have to compete and that it was just fun.

“Eventually though I realised I had a talent for it. You know, even if you’re just a hobby cyclist riding in a peleton at the weekend, eventually you begin to ‘compete’. Every cyclist knows this: you set small tasks for yourself on the road: every traffic sign, every hilltop is a potential finish line. So I began to compete with the guys and I began to take part in competitions. So I began to take part and win small races and it all went from there, step-by-step.

“By 2004 things reached a tipping point where I had to decide whether I would be a god prosthetics maker or a professional cyclist, because I was spending more time in the saddle than at work. With the support of people close to me and my personal sponsors I took the leap and was able to go professional. It was an important moment in my career. On the other hand, I haven’t lost ties to orthopaedics because when my cycling career ends it is something I can return to, where I think I can be useful.”

Since we are talking about prosthetics, are there a lot of differences between those used day-to-day and the ones created specifically for high performance?

“Of course: and every year the technology improves to make items more user-friendly. If we talk about sport, each one has its own special prosthetic: so if I want to go running or jogging I can take a carbon blade like the one used by Oscar Pistorius, the famous runner. It helps me run like before my accident. My prosthetic leg on the bike is with only a peg (without a foot) that clicks into the pedal, and no energy is lost on a weak foot or joint. Those who are confined to wheelchairs also have special chairs for their respective sports. So there are many, many different options available today.”

When you discuss cycling, your wife Soňa is of course closely-involved, not only as your spouse but also as your manager. Is it fair to say without her you wouldn’t be where you are today?

“No doubt. She is my biggest supporter, my biggest inspiration. We met in 1996 during races and have been together ever since. If I succeed, it is a success that we share that we both had a stake in. As manager she organises everything from fan meetings to discussions with sponsors. And she is proud of what we have achieved.

“At the same time, she is famous as a singer of her own band, so our roles reverse when I go to see her perform. We have also brought different groups together: some of her fans came to see the Olympics and racing fans have been to her shows – a mix of sport and culture.”

That sounds very cool. In a past interview, you suggested also that it wasn’t always about winning... sometimes it is about cycling for cycling’s sake. There’s that feeling if you have taken a break for the winter and you get back in the saddle and that familiar feeling comes back again. Anybody who has ever been bitten by the bug loves the feeling that everything is fresh... is it still fresh for you when you get back to riding every spring?

“It is. I really enjoy this sport even when I have to work on hills or intervals and train properly. It’s hard work but I still love it and I still enjoy it as a hobby rider. Of course, my training sessions are between four and six hours on the round around Prague. But there are some moments where you just enjoy riding, beautiful nature and the scenery. Basically, I hardly stop all year: it might be October but I still ride just for fun and it’s the best way to recover as well. When I got back from London, nothing beat the feeling of just riding for two hours, easily and slowly, knowing that I had come back with Gold. That’s the best reward I can get from the sport.”

As a professional you work with children who are disabled; you suffered your disability when you were just 11... What is the lesson you try to impart to children given it is obviously a very difficult time emotionally... what is the lesson?

“I lost the lower part of my leg when I was 11 and in those days, in communist Czechoslovakia, disabilities were not discussed in the media, people didn’t talk about them much, so it was very hard for my family and hard for me. I didn’t know what I could expect from life. When you wake up in hospital and learn you have lost a part of your leg, it is tough on your family and for you. But I came to the conclusion, with my parents help, that the best would be to try and continue as if nothing had happened. We couldn’t expect anything from outside, so we focussed on living normally as we had before. That is the idea I try and share with people who are disabled now.

“I get a lot of emails from parents whose children suffered an illness or injury and if we have time Soňa and I jump in the car and drive to the hospital. When they see me walking normally, or get an idea what I achieved in sport and life it helps to motivate them. They can do it too. So, I think it’s best to get back to ‘regular’ life as soon as possible. The other thing is that today the situation in the Czech Republic regarding disabilities is much better so they can live ‘actively’.”

It doesn’t have to be a barrier, possibilities remain open... 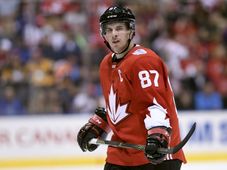 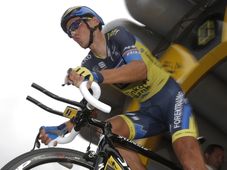 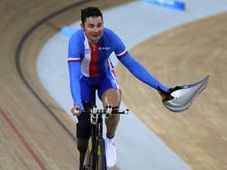 In today’s One on One my guest is 38-year-old Czech para-cyclist Jiří Ježek, a gold and silver medal holder from the London Paralympics.…