15 years after accession - what is the deal with Czech Euroscepticism?

15 years after three-quarters of the electorate voted to join the EU, the Czech Republic is commonly referred to as one of the union’s most Eurosceptic countries. But how did this come about and is it as serious a problem as some make it out to be? 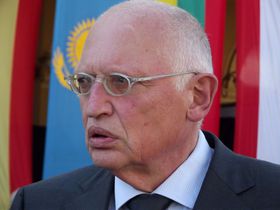 Günter Verheugen, photo: Piotr Drabik, Flickr, CC BY 2.0 “Back to Europe!” was the election motto of the Civic Forum in the first free elections following the Velvet Revolution. At the time, posters with the slogan could be seen on billboards across Prague.

For many, the urge to bring back democracy was then also understood as the return to a European community based on Western values.

Today we may think that joining the EU was the logical conclusion of the revolution and the return to democracy.

However, Günter Verheugen, who served as European Commissioner for Enlargement from 1999 to 2004, says that during the 1990s, the process was far from a forgone conclusion.

“No one wanted it originally. I remember in 1998, a year before I came to Brussels, there was a meeting of Social Democrat foreign ministers. Robin Cook, who was the British foreign secretary at the time asked us at dinner, who thinks that such an enlargement should take place. Only one hand was lifted back then – mine.

“So why was it possible in 1999? In part, it was because Britain and Germany stood behind it and because the European Commission set it out as one of its main goals. Furthermore, in 1999 war broke out in Kosovo. We all realised that war could come back to Europe and that European integration was the best and most effective way through which to ensure peace.”

After years of negotiations, there was one final step to make - a public referendum. Held in June 2003, the result was overwhelmingly in favour, with 77 percent of Czechs voting for entering into the EU.

Less than a year later, on May 1st, 2004, the Czech Republic officially became a member.

The slogan from the revolution had now been honoured, says Libor Rouček, who was soon to become one of the first Members of the European Parliament for the Czech Republic. 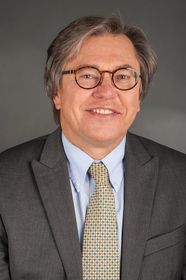 Libor Rouček, photo: AG Gymnasium Melle, CC BY-SA 3.0 By 2004 Mr. Rouček already had a successful career behind him, first serving as government spokesman and then getting elected to the Chamber of Deputies.

He would go on to serve as an MEP for 10 years and was also elected to some of the highest offices within his faction and the parliament as a whole.

He says these high positions are proof of the openness and inclusivity of the EU, an opportunity that he believes extends to the Czech Republic as a whole.

“It is up to everyone what they make of this opportunity. That applies to the individual as well as to the entire society and nation.”

However, while the results of the 2003 referendum seem to indicate the majority of Czechs shared Mr. Rouček’s dream back then, today the Czech Republic consistently ranks as one of the most Eurosceptic. So what went wrong?

The causes of Euroscepticism

Sociologist Daniel Prokop from the polling agency MEDIAN says that we first need to get a clear picture of what Czechs are actually sceptical about, because the issue seems to be not so much about whether being in the European Union has been good or bad, but rather, how it works as an institution.

“If you ask whether the people are happy about the EU and how it functions, there are only about 35 percent of those who support the EU, or have a positive attitude towards it as an institution. Around 60 percent however, see the EU as having had a positive impact on the Czech Republic. 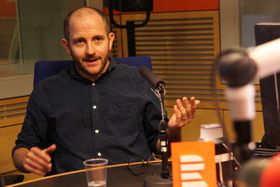 Daniel Prokop, photo: Jan Bartoněk / Czech Radio Both of the years Mr. Prokop mentions mark the onset of crises that seem to have had a big impact on public opinion, particularly on certain social groups.

“One of the reasons behind the low support is the low-backing among the lower-educated, older and poorer groups of society. One could say they stopped supporting the EU after the economic crisis around 2010 and 2012, because they felt membership did not help much to maintain economic conditions in the regions.

“Then there was the migration crisis, which influenced the middle-classes, people with higher education and those in their 40s and 50s.”

Former MEP Libor Rouček sees in the economic crisis also the reason why adopting the Euro, once a policy with substantial support, became an unpopular move.

However, he believes politicians played a key role in the increasingly critical attitude towards the European Union and some of the policies they favoured at the time of accession.

“The vast majority of Czechs were pro-European, but not everyone. The most important person who wasn’t was the president at the time - Václav Klaus. He and his party, the Civic Democrats, started to collect political points on their Euroscepticism. When the financial crisis came along in 2007 they portrayed the euro as a sort of lose-lose situation for the Czechs.

“They said look, we work hard, but now we have to pay for the sins of the Greeks and others. That is how this Eurosceptic mood built up step by step within Czech society.”

It should be said, that Mr. Rouček is a Social Democrat.

However, his core argument, that Czech Euroscepticism is a result of internal rather than simply external factors, is shared by one of the European Union’s main representatives in the country. Dana Kovaříková, is the head of the European Commission Representation in the Czech Republic. 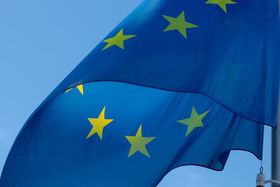 Photo: pixel2013, Pixabay / CC0 “I think the roots of Czech Euroscepticism are a complex thing. There are several reasons for that. My reading is the following, but that is just my opinion. I think that it relates to the state of political communication that has been held in this country during the first years of EU membership.

“You might remember that when the country joined the EU there was quite a critical view from the political representation at the time. That is a legitimate political view but the problem was that there was no counter-narrative. Since citizens only had the chance to hear critical views on being part of the European family, there naturally remained a trace of that.”

She says the causes extend further. They include both the deliberate and unsuspecting spread of myths.

Other frequently-cited reasons include the historic experience of Czechs living under what they see as foreign rule for much of their recent history, whether it was the Hapsburgs, Germans, or Soviets.

This, Mr. Rouček says, has the effect that many Czechs expect the EU to do things for them, with no reciprocal responsibility included.

The scepticism towards European institutions is also accompanied by a low awareness of how they work and what are some of the basic rights of EU citizens, says Mr. Prokop.

“Czechs do not know much about the institutional setup of the EU. We did a survey for the think-tank Moje Evropa and only half of the respondents were aware that they could vote in European elections. The knowledge of the European Commission and European Parliament is quite low.”

With so many Czechs unaware of what her organisation actually does, it may come as little surprise that Mrs. Kovaříková and her team invest a large amount of effort into communicating not just the benefits of integration, but also of specific European Commission policies.

This extends from organising regular events in Prague, to traveling into the regions in order to directly engage people.

Meanwhile, on social media, which is known to be a breeding ground of a lot of misinformation on EU activities, the European Commission team focuses on engaging Czechs in a light and humorous way.

Shifting trend or calm before the storm? 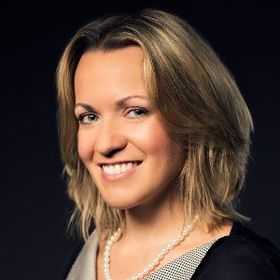 “I think the debate right now has become much more developed. Europe is a theme, it is much more present in the media and we are also seeing many other actors coming to us and saying that they are not happy with the way the debate is being held and that they want to get more involved

“To give you an example, Palacký University in Olomouc recently launched a project called ‘Euforka’, which targets university students, explaining the benefits of EU membership in a light way. Over 20 universities have already joined this project. It is important because, as we are increasingly finding out, young people are not that informed and pro-European by definition as we might think.”

Sociologist Daniel Prokop shares the opinion that Euroscepticism has slightly dipped in the past few years.

Whether, a real shift towards the gradual erosion of Euroscepticism has begun, or whether public opinion will sink to a new low once the next crisis hits, is a matter of speculation.

Mrs. Kovaříková has no doubt about which of the two it will be.

“The EU will come out of it stronger, because it has always come out stronger from the crises we already had. If you look at the past 10 years, there have been many crises and the EU always came out stronger. That is something I believe we have to remind ourselves about.”