On Sunday The Counterfeiters, based on the memoirs of Prague resident Adolf Burger, won the Academy Award for best foreign language film. Mr Burger’s book The Devil’s Workshop tells the remarkable story of a Nazi scheme under which Jewish concentration camp prisoners – including the author – were put to work forging US and UK banknotes, with the aim of destabilising the Allies’ economies. Adolf Burger, who is 90, was in Hollywood to enjoy The Counterfeiters Oscar victory. To celebrate his success we are re-broadcasting Mr Burger’s story, which first went out in April last year.

Burger has been living here in Prague for six decades, though he was born in Slovakia's High Tatra mountains. A book printer by trade, he was living in the capital Bratislava when Slovakia became a Nazi puppet state under Monsignor Jozef Tiso. Today, at home in the Prague suburb of Sporilov, Adolf Burger recalls his arrest by the Gestapo.

"The only underground organisation in Slovakia in those days was the Communist Party. They recruited me to print counterfeit birth certificates or documents showing they had been Roman Catholics in 1938. I did that for three years before they arrested me and my wife on my 25th birthday, August 11 1942. We were planning a celebration, but that didn't happen."

A few days later they were sent on a Nazi transport to Auschwitz/Birkenau. Burger managed to avoid one mass execution, but was deliberately infected with typhus as part of a so-called medical experiment. At one point he weighed less than 40 kilos.

In the end, ironically, it was the reason for Adolf Burger's arrest which led to him, unlike his wife Gisela, avoiding the gas chambers. One day he was called out of his cell, and braced himself for a beating. Instead he was treated with unexpected civility by the camp commandant.

"He looked at me and said, are you Mr Burger? He called me, a prisoner, mister. I stuttered that I was. You're a typographer? I said yes, I was. He stood and said, Mr Burger, tomorrow you go to Berlin. We need people like you, typographers, in a printing plant. You'll work like a free man again. I couldn't believe a word of what he said. Because at Birkenau there was an order NN - Nacht und Nebel, Night and Fog. That meant that whoever went to Birkenau could never leave." 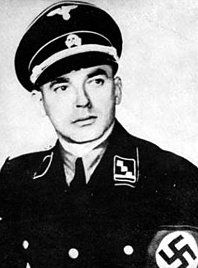 Bernhard Kruger Adolf Burger had just been recruited into a remarkable Nazi operation run by SS Major Bernhard Kruger. The aim of Operation Bernhard was to counterfeit huge amounts of English pounds and US dollars, flood the countries with the notes and thus cause their economies to crash.

He was transferred to the Sachsenhausen concentration camp near Berlin, where he and around 140 other Jews with similar skills worked in top secret conditions.

"The windows were painted over so nobody could see in. When they took us to wash once a week - they were afraid we would die - the whole camp, prisoners and SS men, had to go indoors. Nobody was allowed to see us, not even the Sachsenhausen camp commander. Only secret service."

When Adolf Burger says the Nazis didn't want him and his co-counterfeiters to die, he means in the short-term, before their work was complete.

"We 140 Jewish typographers were not meant to survive. We should have been liquidated. But things turned out differently. After we'd made 31 million pounds sterling they then wanted dollars. There was one Jew called Jakobson from Holland, my superior, so to speak. He said, if we print those dollars we'll drag the war out. We have to sabotage it. But that's easier said than done."

Dollars were harder to counterfeit than pounds, and Burger and his co-prisoners did manage to drag out the process of successfully producing fake greenbacks. Until, that is, they were told to do so within six weeks or face a firing squad. But by that time the Soviets were close to Berlin.

The counterfeiting group were put on a train bound for the Austrian Alps, to one of the Nazis few remaining strongholds in the last days of the war in Europe. Crates of fake money were dumped along the way.

Adolf Burger expected he and his co-prisoners would be executed, but after a period of some confusion they eventually found themselves abandoned by the Nazis on May 5, 1945. He and the other counterfeiters were free. They had survived.

Incredibly, it was a good three decades before Adolf Burger told his story; he says he published his memoir The Devil's Workshop in the 1970s in response to growing Holocaust denial. He also began giving lectures about his story in Germany, and has done so for almost two decades now. 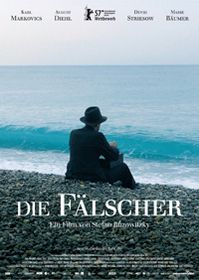 Six years ago The Devil's Workshop caught the attention of two German film producers, who commissioned a screenplay based on it.

Sitting in his suburban home in Prague in 2007, Adolf Burger says he approves of the film The Counterfeiter - and outlines his reasons for consenting to it.

"In my opinion it's a good film. And the reason I agreed to it, without conditions, when the producers approached me was because the English barred any investigation into the whole affair at the Nuremberg Trials. To this day people don't know that they counterfeited so much money. Now when this film comes out everybody will learn that the Nazis weren't just murderers - they were ordinary counterfeiters. That's what I wanted to achieve, and that's what I have achieved." 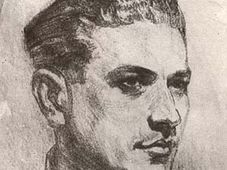 Today in Mailbox we disclose the identity of March's mystery man and read from your correct answers. Listeners quoted: Henk Poortvliet,… While the Coen Brothers’ No Country For Old Men has made world headlines for sweeping the boards at the Academy Awards, here in the… 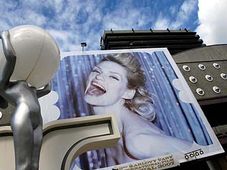 The Karlovy Vary International Film Festival will reach a conclusion on Saturday night, with the presentation of the festival's Crystal…