One of the biggest book events in the Czech Republic was held in the town of Havlíčkův Brod, in eastern Bohemia, at the weekend. The 19th Autumn Book Fair brought together more than 150 publishers from across the country, and attracted some 15,000 visitors. In spite of the economic crisis and competition from other media, Czechs seem to stick to books, no matter what.

Writer, poet and singer-songwriter Jiří Dědeček was one of many respected authors at this year’s autumn book fair in the town of Havlíčkův Brod. Located in eastern Bohemia, the town is almost exactly half way between Prague and Brno, and the trade fair is the biggest event of its kind. For Mr Dědeček, who is also the president of the Czech PEN Club, this is not his first time in Havlíčkův Brod. 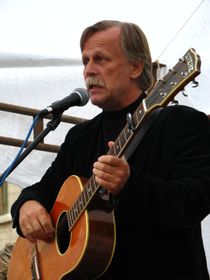 Jiří Dědeček “I think I have two or three performances: two today, and tomorrow I’ll be at breakfast with the Czech branch of PEN Club. I like this event very much because for us at the Czech PEN Club, it’s an opportunity to inform the public about our plans and our activities.”

Markéta Hejkalová is the director of the book fair and a local publisher. She says that the fair is – despite its modest venue – very popular with both publishers and local people. Although it is held in a rather run down “house of culture” – a multi-purpose culture centre, built in the 1970s, the fair has its own charm.

“The autumn book fair has been around since 1991. At that time, it was the first such fair in Czechoslovakia. The venue is not a very luxurious place, compared for instance to the Prague exhibition fair grounds; it’s much more modest, publishers have regular tables instead of real exhibition booths. But I think that for people in small towns, and Havlíčkův Brod is one of them, this has become a regular event on their calendar. They come every year to see the publishers, and some only buy their books at this book fair.”

For publishers and booksellers, the fair is a great opportunity to meet other people in the business and present their latest books.

“Publishers like to come here because they meet a different kind of readers here than in Prague, and they also meet all the important people of Czech book trade – publishers, big book sellers, and also writers. Many significant Czech writers come here, too.”

One of the themes of the 19th Autumn Book Fair in Havlíčkův Brod was the future of the book in the light of the latest technological advances, most notably of course, the internet. Among more than 150 stands in the main hall of the “house of culture”, was one run by Wikimedia Czech Republic. As they did not bring any books with them, I asked one of the wiki people, Petr Brož, why they came to Havlíčkův Brod at all.

“This is an encyclopaedia; it’s a also a kind of book, although it’s not a paper one – it’s on the internet. And for most people, Wikipedia is now one of the most important source of information. So we’re telling people about it. We tell them then they don’t have to use only books and then they can looks for things in the internet.” Photo: CTK Do you think that you can be a threat for those who put out real books?

“I don’t think so because of you compare Wikipedia with books, a book is still a book. It’s made of paper, you can take it along with you. So I don’t think we are a threat for them.”

Across from the Wikipedia stand was another one that belonged to Thovt, a children’s books publisher from Prague. Zbyněk Hladký, who runs a kids magazine put out by Thovt, says the internet is definitely a challenge.

“Yes, it is s problem because you can find everything on the web. But I think that books are also very important because some of them have other features than just the text. You can work with the book, you can improve your skills, such as concentration and so on. And this is something you cannot do on the internet.”

The world and the Czech Republic, too, is now struggling with the economic crisis. Is it difficult for publishers, and how much more difficult is it? 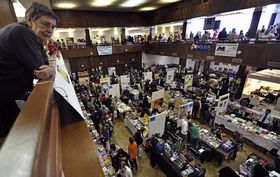 Photo: CTK “Right now, it’s quite difficult because of the crisis. But that’s why we are here and we have special prices. I’d be lying if I said that it’s OK, that we sell books like last year. But this is one way of letting people know about our books.”

Is that the reason why did you came here to Havlíčkův Brod?

“We came to present our publishing house. We believe our books are different from others. It’s a traditional book fair, and we go to all of them, in Prague, Liberec and so on.”

Host is a respected publishing house from Brno that focuses on contemporary Czech and foreign prose. Its director, Miroslav Balaštík, told me that unlike some critics, he believes Czech literature is doing fairly well. 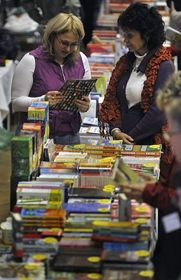 Photo: CTK “Certainly. It seems to me that in the last couple of years, it’s definitely not true that there aren’t enough Czech writers, that Czech literature is not doing very well. There many authors among the young generation. Petra Soukupová, for instance – she’s one of the interesting ones, or Martin Ryšavý, to name a few.”

In the end, some 15,000 people came to see the book fair and get their supply of books for the long winter nights. Markéta Hejkalová, who has been organizing the autumn book fair in Halvíčkův Brod for 19 years, says she hopes she has made a difference. 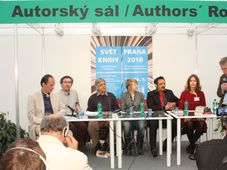 Lost and found in translation: writers discuss the complexities of literature across frontiers

Last month Prague hosted Bookworld, one of Europe’s major international book fairs. Writers from around the world, whose work covers… 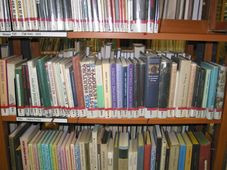 Changing narratives from the smaller countries of Europe

If you are a writer from one of the smaller countries of Europe, writing in a language spoken by a few million or perhaps just a few… 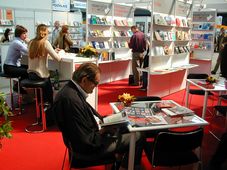 The Bookworld international book fair rises from the ashes

Less than six months ago, a disastrous fire reduced an entire wing of Prague’s historic Industrial Exhibition Hall to a pile of twisted…