In his weekly TV show “Ano, šéfe!” or “Yes, Boss!,” Zdeněk Pohlreich sets restaurant owners straight. Some might say he is the closest equivalent that the Czech Republic has to Gordon Ramsay. And the Czech celebrity chef has some authority on the topic: he started cooking in 1975, then left the country shortly after the Velvet Revolution and spent some time working abroad. Since returning home, he has applied what he calls “the Western standard of cooking and service” to a number of restaurants around Prague. Zdeněk Pohlreich’s current operation is the restaurant in the city’s famous Hotel Imperial, where he talked about why so many restaurants fail at producing decent food. 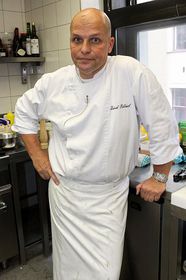 Zdeněk Pohlreich, photo: ano-sefe.com “The most common thing is that people enter the restaurant business with a lot of misconceptions. They don’t realize how competitive it is, and quite often, they don’t even have any qualifications and education in the field. Not even some experience like maybe having run a newsagent’s or something like that. They think the restaurant business is something that works by momentum. For the most people who I met while we were shooting the show, the experience was a rude awakening. Some of them it is going to cost a lifetime’s worth of savings. I think the restaurant industry is a really brutal one, and those people simply have no idea.”

What was some of the worst food that you have had to try when you were shooting episodes for the show?

“I can remember an incredible pasta gratin with broccoli, that you wouldn’t even serve in a prison probably, that was the most awful thing I have seen on the plate, you couldn’t even really talk about cooking in this case, it was pure garbage. Just imagine penne overcooked until it looses its shape, some overcooked broccoli and then some cheap cheese on top of it, and then all of that thrown under a grill and served. 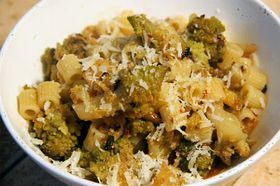 Pasta with broccoli, illustrative photo What I found really shocking in that particular episode was that the guests were complaining about portion size! They’d probably be capable of consuming more of that shit. I am often amazed. People ask me when we will improve the food in this country, because they think our show is a mission for better food. And I always say that it is in their hands as consumers. The consumers have this tremendous power of not putting up with it, not going to those places, simply not accepting it as a standard. So I think it’s in the consumers’ hands to change the situation.”

In terms of the service side of things, do you think there’s still a lot left to catch up with, compared to the West?

“I am afraid that the Czechs are just not born to work in service, a lot of them still find it humiliating or frustrating. They don’t realize how important good service is. Thank god, or who knows, maybe not, but with so many restaurants closing down these days, there is a higher demand for a good waiter’s position and now there are some people available on the market. When we first opened two years ago, we could have posted an ad and waited for months without getting a single reply. Now that’s changing. Sooner or later, people will value that they can find a good job in service that they can make a decent living off of. But service is still very basic in a lot of places. What I’m missing in many restaurants is just a certain feel. I don’t care if you serve the food from the left or the right hand side, for me, what’s important is that someone gives me a smile and creates some sort of atmosphere, and very often, it’s not the case.”

So what do you think has changed since twenty years ago, since the Velvet Revolution- maybe as far as ingredients being available are concerned and cuisine in general? 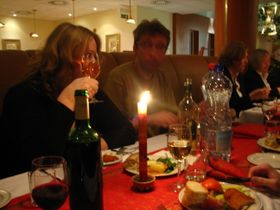 Illustrative photo As far as ingredients are concerned, we have to import just about everything. Local ingredients virtually don’t exist and a good restaurant has to import its quality ingredients. It’s quite shocking actually, that the local producers don’t really produce anything. What has changed for the better might be the number of restaurants, of course, the number has multiplied manifold. Just about any hole in the wall these days is made into a restaurant. And all of these restaurants are fighting a price war rather than thinking about being more creative or interesting. So we can buy anything, but the buying power is still not there. Lots of restaurants sell very cheaply but their costs are skyrocketing and they are not able to make profit anymore.”

You mentioned locally manufactured products. It certainly seems to have been a trend in recent years elsewhere to shop locally. Do you think that’s something that will eventually arrive here, too? 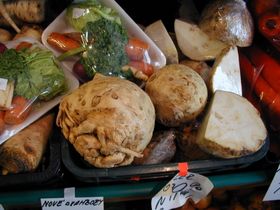 “You know what? I actually don’t think so. I’m quite skeptical. It’s shocking that a city like Prague does not have a single food market of a certain size. There are a lot of different markets with fake clothes and other garbage, but I think that Prague owes its residents something like that, big time. There are stupid water parks on every corner, but there’s not a single place where you could go and comfortably shop for and enjoy food as such.”

Why do you think that is? It seems a bit strange.

“I just don’t think there are enough producers. What would help would be a spot where the general public could have access to food and produce, that would also increase the demand for it a lot. Who rules the food market in this country are the supermarket chains, no doubt about it. They basically dictate the price and kill the manufacturers, and they don’t have any other place to sell their stuff, so they end up working for the supermarkets.”

I’ve been noticing that there is sort of a trend to go back to cooking traditional Czech food, but with an emphasis on good execution and making it from quality ingredients. There are a few restaurants that offer this type of cooking. Do you think that’s also something people at home still do, say, make knedliky from scratch or taking the time to make a good svíčková? 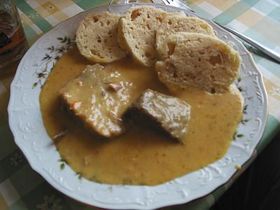 “I think that people simply don’t have enough time to cook Czech cuisine properly during the week. Maybe on the weekend they might, because the traditional Czech stuff is quite time – consuming and it’s not really suitable for summer months. I think it is sort of dying out and sooner than we think, quality Czech food will be available in restaurants only.”

What do you think is replacing it, are there any larger trends or developments?

“In the better cases it’s probably replaced by Italian, sort of pan-European cooking, but unfortunately in too many cases, it’s being replaced by pure garbage. That’s what people are stuffing their faces with.”

The episode featured today was first broadcast on January 28, 2010.