Stanislav Tišer, a former Czechoslovak bantamweight champion boxer now in his early sixties, has been running a Prague boxing club for over 25 years. Thousands of young people – many with troubled backgrounds – have found much need support, discipline and direction under his wings. A decade ago, Tišer received the Fair Play award from the Czech Olympic Committee for his sportsmanship and in March was named an EDUín Prize winner for his work with youth. 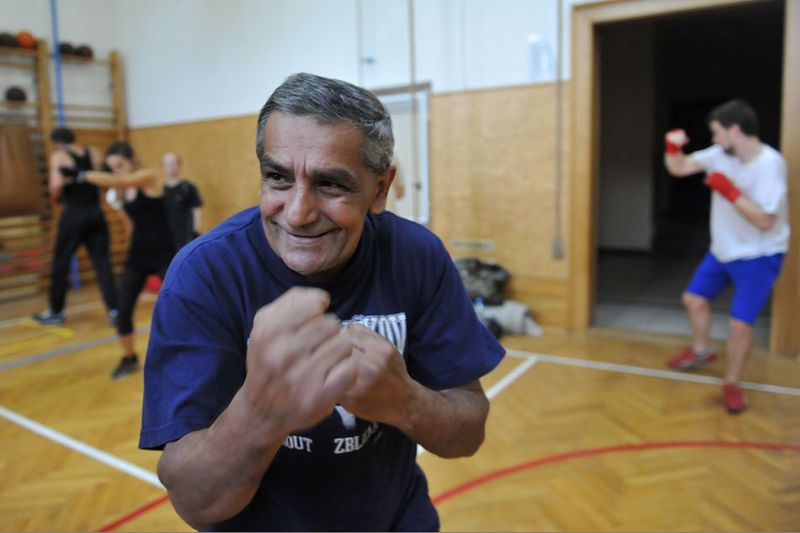 Stanislav Tišer founded Box Club Žižkov a few years after retiring from the sport, in 1991. Upon hanging up his gloves, he had 210 wins to his credit and just 38 defeats to his name, and had represented his Czechoslovakia abroad in 22 contests. As a champion boxer, he had lived a good life, he says. 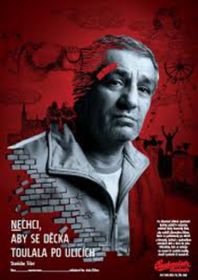 Photo: Archives of Stanislav Tišer / Paměť národa But a comfortable retirement didn’t suit him. And he felt compelled to give something back – especially to the Roma community in the then rough and tumble neighbourhood of Žižkov – he told Czech Radio.

“A lot of young people I saw around Žižkov weren’t doing anything. They were hanging around in the parks after school, you know, just messing around. Some had started taking drugs – the really young ones, too. It was really... It really bugged me. I felt that I had to do something. So I got them to come to the club. To work on themselves.”

In the boxing club’s early days, Tišer would go around to schoolyards and parks trying to get Roma boys and teens to come in and train – for free. Scores did, though their numbers invariably dropped. Only the most talented and hungry fighters stayed on. And soon, not just Roma but also white boys from Žižkov and beyond started coming.

Today, Box Club Žižkov doesn’t need to promote itself. Everyone is welcome, regardless of race, age, or gender – though Tišer still takes a special interest in disadvantaged kids, at risk of getting into drugs and crime. It has become a kind of community social club, he says; a boxing gym for an extended, somewhat unruly family.

“The oldest one training here is 67-year-old pensioner and the youngest is nine.” Box Club Žižkov, photo: Robert Candra, Czech Radio As Tišer walks around the club, he stops to share a joke and give a few pointers, and recalls some of the long-time members. Among them is a Roma family man who first came to the club as a teenager, addicted to methamphetamines.

“Many kids come to train for maybe a few months or a couple years. But when they turn fifteen or sixteen, they find other hobbies. But some stay.

“I have a Roma guy, Marián, who’s been training here since he was 18. When he came to me, he was on pervitin. He hasn’t done drugs now for over 17 years. So that’s positive, right?

"I care most now about getting people together, good people. Not guys who take drugs – because they will bring the others down, right? If I see that during training, I’ll throw the guy out. Some of the guys say they see their dad or uncle in me, which I don't like.

“But, yeah, I do try to help them get it together, you know? I try to advise them, and say, Look, if you go back to where you were, it won’t end well for you.”

And he should know. As Stanislav Tišer will readily admit, in his youth – and even as a champion fighter for Czechoslovakia, representing the nation abroad – he didn’t always keep his nose clean. 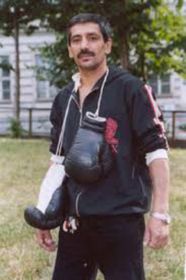 Stanislav Tišer, photo: Archives of Stanislav Tišer / Paměť národa Born in Pilsen, western Bohemia, into a large Romani family of musicians, Tišer’s talents lay elsewhere – in his fists. He was discovered by a trainer who one night saw the then 15-year-old brewery worker make short work of some older white boys who had attacked his younger brother.

Tišer won his first boxing match, held in České Budějovice – but not handily. He emerged from the ring dripping in blood. But it was an adrenaline rush, and his boxing prowess a source of pride – building a confidence he wants to instil in today’s youth, he told the news server Romea.

“Roma are great boxers. They’re hungry, move quick and have good technique. But the sport today is missing them. I train mostly white guys now, but I hope that in the future, there will be more Roma fighters.”

By the time Tišer himself was 18, he’d won both youth league and regional championships, and was invited to train in Prague. Under Communism, employment was compulsory, so the Czechoslovak Union of Sports arranged a “no-show” job at a coal warehouse, providing him an income and time to train full time.

While he went on to become a seven-time Czechoslovak bantamweight champion. But boxing brought him fame, not fortune. So he started moonlighting as muscle for some Prague “veksláky”, illegal moneychangers, who did a brisk trade in “bony” vouchers necessary to buy Western goods – from blue jeans to hi-fi stereos – in state-run Tuzex shops. 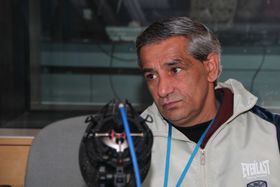 Stanislav Tišer, photo: Prokop Havel, Czech Radio Meanwhile, Tišer was aching to test his mettle at the 1984 Summer Olympic Games in Los Angeles. But suddenly the Soviet Union announced it would boycott the Games, citing a lack of security for its athletes in L.A. and American “arrogance”. Most satellite state the Eastern Bloc soon followed suit.

“Only the Romanians said right away to hell with that – we’re going. Czechoslovakia hesitated. About three Sundays before the Olympics were starting, we were told we would join the boycott. So we didn’t go anywhere.”

Tišer, then 26, was bitterly disappointed and refused to represent Czechoslovakia at the Soviet’s rival so-called Friendship Games to which some countries sent their reserve teams, comprised of athletes who hadn’t qualify for the L.A. Games.

For his actions, Tišer was banned from boxing in major matches for a year, though his coach, Július Torna, himself a 1948 Olympic champion, got the restrictions eased. When Tišer fought abroad, he bought back goods to resell in Czechoslovakia – everything from leather jackets to dirty magazines. 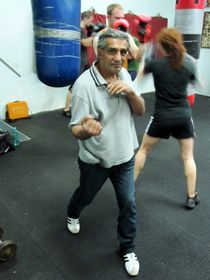 Stanislav Tišer, photo: Robert Candra, Czech Radio Tišer looks back on the communist times – and his own priorities – with mixed feelings. Back then, there was less freedom, but no-one went homeless or hungry, and people seemed to generally look out for each other more, he says.

After the Velvet Revolution, the ugly face of anti-Roma racism, always present, became more pronounced in the face of economic uncertainty. That’s another reason why he felt compelled to help troubled young people through some tough love in the ring.

“It’s not only Roma boys with problems but also white boys, disadvantaged, who don’t pay a single crown to train here. They have no money. I look for housing for them. I look for work for them and so on. It’s not just about boxing. It doesn't matter if it’s a Rom or non-Rom, or a foreigner. That doesn’t matter to me. As you can see, there’s all kinds here – Canadian, French, English, Germans, Poles, Slovaks, Ukrainians, Kazakhs, Georgians. But together, they are like one family.” 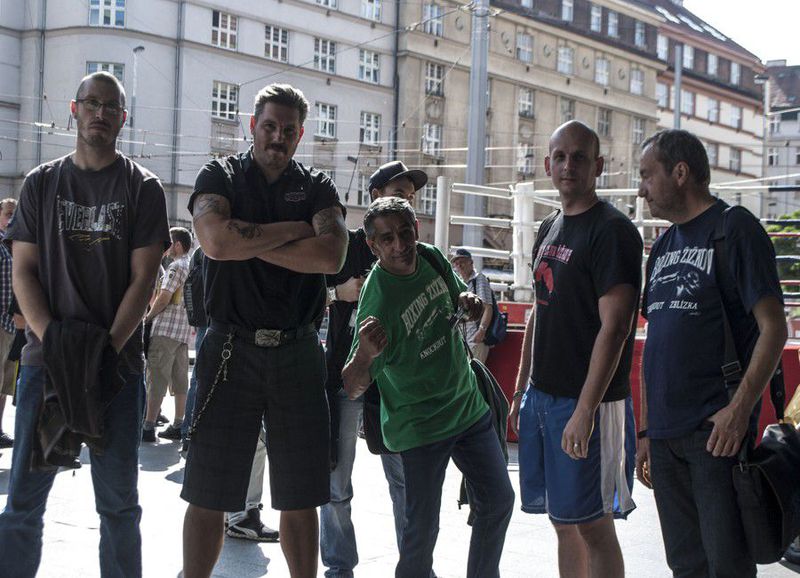 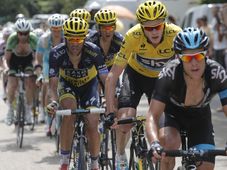 In the Sports News this Monday: Maslák sets new Czech record in the 200m; Kreuziger is fourth in Tour de France after stage 15; league… 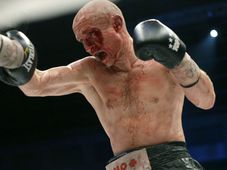 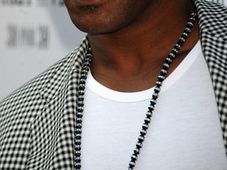 One of the biggest names in boxing history, Mike Tyson, was to have begun a five-day visit to the Czech capital on Tuesday. But in…