The Prague Conservatory – teaching music and acting – is one of the oldest and most remarkable secondary schools of its type in Central Europe. Dating back roughly 200 years, the school has currently begun celebrating the upcoming anniversary of its founding with a series of exhibitions, publications and events to take place over the next 24 months or so.

At the opening of one exhibition this week, I caught up with musical historian Dr. Markéta Hallová, who told me more about how the famous Conservatory was founded.

“The school was founded in 1811, although the proclamation for its existence was a few years earlier during the Napoleonic Wars. The nobles in Bohemia, the Nostic, Vrtba and Šternberk families and others put forward a charter for the school because in that time in Bohemia music was on a poor level. There no schools and few performers and of course during the Baroque and Classical periods they were used to having orchestras and so on. There were no young people being trained and the school began, helping youth often of very poor means. Talented but poor, they were protected by the noble families. We have original letters dating by to that time showing who gave funds to the Conservatory.”

How long did it take before the school became established?

“Well of course in the beginning the school was very small, with only a few pupils, not like today’s 533 students. Then, professors of various orchestral instruments gave classes in the home. Later that changed, of course.”

Were there any famous performances that we know of, dating back to the early years?

“Of course it took a while, but there were. In the first years Carl Maria Von Weber impressed critics. Later, others who came included Franz Liszt, who also conducted this orchestra. Klára Schumanová played piano with the orchestra, and many, many others.”

Antonín Dvořák taught composition at the school, before becoming director in 1901. What was his impact on the Conservatory?

“He was very active abroad as a conductor but he was asked to head the newly found department for composition in 1890. But at first he rejected the offer because he wasn’t sure he was the right person for the post. But he reconsidered within half a year or so. Dvořák of course went on to have huge talents under his guidance: Josef Suk, Vítězslav Novák, Julius Ernst Wilhelm Fučík (the military music composer), or the very special Oskar Nedbal, who later was more successful as a composer of operettas. Over the years he had 64 students, but of course we only know the most famous.”

After 1918, when Czechoslovakia was founded, new departments were added: I’m interested in how drama was taught at the Prague Conservatory, given that some of those who went to this school later also acted on the Silver Screen.

“That’s true. The department for actors was opened in 1919. At first actors were prepared mostly for the theatre but there were those who went on to act in the cinema, names that will not be as familiar to younger people today. There was Boháč, or Svatopluk Beneš, or Jiřina Štěpničková, whose son Jiří Štěpnička is a famous actor in the National Theatre today. Other current actors who attended the school include Zlata Adamovská, Marek Eben, or Saša Rašilov – whose grandfather was a famous actor in silent movies in the early era of cinema.

“Otherwise, as far as the school is concerned, the 1940s introduced the study of dance up until 1981. Some of those who went here included the mime Ladislav Fialka, as did internationally-known choreographer Pavel Šmok, or Jiří Kilián of the Netherlands Dance Theatre, or the dancer and choreographer Vlastimil Harapes - whose own student, the royal Norodom Sihamoni is now the king of Cambodia.”

That’s brilliant! As you mentioned there, many different people have a history with this school. What is studying at the school like today? A rigorous six years, I’d expect?

“They certainly are. Students study for four years and can then study an additional two, specialising in their musical instrument. Students can go on the Academy of Arts: musicians at AMU or drama students at DAMU. So it depends: either four or six years.” 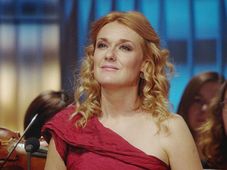 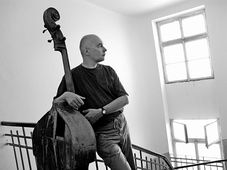 Jaromír Honzák is one of the most important figures in the Czech jazz world. The double bass player recently turned 50, marking that…

Actor, singer and translator Rudolf Peller died on Saturday at the age of 87. Mr Pellar was well-known for dozens of translations…