Lubos Jednorozec is one of the few men who managed to escape the communist prison camps of the 1950s still alive today. But that was not his only attempt to win his freedom. Despite being repeatedly apprehended he never gave in and kept battling until the late 1960s, when he managed to leave Czechoslovakia and move to the US. From there, Lubos Jednorozec, now in his early 80s, tells his remarkable story in this edition of Panorama.

Jednorozec first went to prison in 1950, two years after the communist takeover of Czechoslovakia. His crime was merely knowing that a family friend was planning to flee the country illegally.

"They sentenced me to ten years. I was devastated. I knew they'd give me a stiff sentence but I didn't expect that long. I couldn't understand it - I hadn't harmed anybody or done anything to anybody, and for that I got ten years. Imagine. In that moment I decided I wouldn't serve that unjust sentence, and that I had to try to escape."

Jachymov After a spell in the notorious Jachymov, Lubos Jednorozec was sent to work in another uranium mine in Horni Slavkov. It was there the former scout seized a rare opportunity to break out. At the entrance to the pit he spotted a gap between two walls.

"They were leading us through an S-shaped corridor, so the warders at the back couldn't see what was happening at the front, and those at the front wouldn't have been looking behind them...It was a risk - but in the end it paid off."

Once out in the open he could have been shot dead at any moment and had to make his way extremely carefully through several security zones. Then he came to a perimeter fence.

"It was made of steel wire and I just had a little pair of clippers. If you saw the work I had to do to get through that fence - you can't imagine how human willpower can give your hands such strength. You don't think about the pain, because your will pushes you forward. You know it's the only thing you can do and your life depends on it."

Lubos Jednorozec was several kilometers away when, after five hours, the prison guards realised he had escaped. He spent several days trying to find his way across the border into West Germany before making a surprising decision; he was going to see his family before leaving the country with his fiancée Olina.

With help from old friends from the scouting movement, Lubos reached his cousin's farm, where he holed up in a cottage in the country while making plans to cross the border.

A month after his escape a group of 20 prisoners attempted to break out of Horni Slavkov. Five were shot dead while the others were caught. Three received the death sentence, the rest got life terms.

Leopoldov prison Meanwhile, Jednorozec would soon find himself in hot water again. The smuggler he had engaged to take him and Olina into Austria was in reality an StB agent. The police were waiting for them at the border. She got four years, while he received a 16-year term and was put in a special section for escapees at Leopoldov prison in Slovakia.

"They abused us physically. They made us do push-ups, squats - 200 squats. You'd be sweating and they'd make you stand in front of an open window when it was freezing cold...a lot of us got pneumonia, because we were malnourished. Then you'd be taken to hospital and they wouldn't have the medicines to treat you. You'd go mad with nothing to do, so I learned English. I knew all the irregular verbs perfectly."

Lubos Jednorozec survived those awful conditions and was freed in 1960 during an amnesty. By that time, Olina had married somebody else and had become a mother.

Lubos met another woman, Milada, and himself got married. And despite two spells in gruesome communist jails, he still hadn't given up on his dream of living in the free world. In 1964, he, his wife and their two daughters attempted to escape to Italy via Yugoslavia. But, incredibly, once again he was out of luck. The family were picked up by Yugoslav border guards and returned to Czechoslovakia. 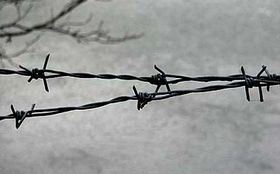 "I made a speech in court (laughs)...I attacked the regime and openly criticised communism, the fact freedom didn't exist there...I basically attacked everything."

Despite his boldness, Lubos Jednorozec received just 18 months this time; the regime was considerably more lenient by that period in the mid 60s. In 1968 he obtained permission to attend the funeral in Vienna of his brother Ivan, who had defected two decades previously. Ivan hadn't actually died, but Lubos needed some pretext to get a passport. They both then set off for the US with their families.

"A border guard took our documents but when I went to open my suitcase he just said 'go on, go on'. I didn't know what that meant! He just waved us on. That was my first experience of America."

After suffering so much under communism, he was surprised to find some young Americans embracing the ideology.

"In front of a supermarket we saw a young guy wearing a Russian fur hat and a t-shirt with the hammer and sickle on it, and he was barefoot. I didn't know what he was! He was a hippy...they were against America and for free love. I learned that during the Vietnam War there were a lot of communist sympathisers. Things weren't so simple here."

Many years later, when communism collapsed, Lubos Jednorozec paid a visit to Czechoslovakia in 1990. As if he had not suffered enough in the country of his birth, he was involved in a car crash during his stay and lost a leg.

Today perhaps the greatest escapee of the communist prison camps of the 1950s, now 82, lives in Foutin Wally near San Francisco. From there he speaks to friends here in the Czech Republic every night across the internet. 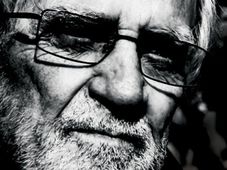 Celebrated author, screenwriter and documentary filmmaker Jiří Stránský has died, at the age of 87. A former political prisoner, he… 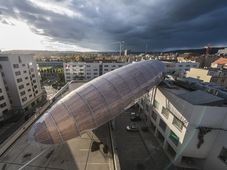