The Gypsy MaMa fashion brand is the work of a Czech NGO which has been very active in helping to improve the living conditions of several thousand Romanies living in one of the country’s biggest socially excluded areas known as the Brno “Bronx”. Gypsy MaMa was established to help young Romanies get a foothold on the labour market by harnessing their creative potential and giving them work experience. I spoke to the project manager of the NGO Tripitaka, Zdeněk Raiser, about its goals and ambitions. 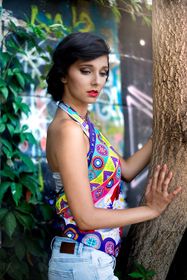 Photo: Official Facebook page of Gypsy MaMa “The Gypsy MaMa project is based on innovation in fashion, it combines Roma traditional clothing with a modern design that will appeal to the young.”

Can you tell me how the idea emerged? I hear there is something similar in Hungary…

“The idea emerged in our creative team in our non-profit organization Tripitaka four years ago. We started bringing it to life and then we discovered there was a similar fashion brand named Romani design in Hungary. We are in contact with them now, but the idea of future cooperation is still quite open.”

Who got the idea of using Romany culture in fashion design?

“It was me and it gradually took shape in a debate we had about new projects. We wanted to help young Romany people living in Brno –there is an area known as the Brno Bronx which is home to some 5,000 Romanies and the unemployment rate there is 90 percent.”

But I understand that there are no Romany designers involved in the project …so where did you find the designers and why did you choose this way of helping?

“We did look for young Romany fashion designers but we could not find any. There is just one Romany designer as far as we know Pavel Berky, he is from Slovakia and lives in London and he is quite successful in the fashion world. We tried to establish ties, but it was clear that cooperation would take a longer time so we addressed Czech designers, four young female designers who developed pilot collections, we had our first fashion show and started to cooperate with the Museum of Romany Culture in Brno.”

“Gypsy MaMa pertains to a large group of Roma young women, who are long-term unemployed and who start having babies at the age of 18, it’s about young, unemployed Roma mums.”

Was it difficult to get them to use traditional Romany wear in their designs?

“They visited the Museum of Romany Culture for inspiration and they produced some amazing collections. So the project was launched and the fashion shows were successful.”

When was it launched? When was your first fashion show?

“It was in 2012 and our first fashion show took place within the festival Ghetto Fest which we also organize in the Brno “Bronx”. And people were excited about the project. We had young Roma models…”

So you do use Roma models….

“We use both Romanies and Czechs, we want to work together. The response was huge, people were excited, there were many volunteers involved in the first part of the project – and we found that we had to continue.”

And did the clothes start selling well?

“We only started selling a year ago. It took some time because we went step by step. Now we are selling clothes over the internet and we have a shop in Brno as well. We employ three to four young Romanies to give them work experience. They have a contract for a given time and then we encourage them to find work elsewhere and employ fresh candidates from the Roma community. So we are involved in social work as well. Young Romanies need a bit of help getting on the labour market because they generally have basic school education, they are often long-term unemployed and they face prejudices as well so it is quite hard for them to get a job.” 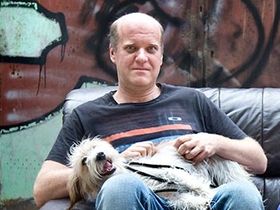 Zdeněk Raiser, photo: Official Facebook page of Gypsy MaMa And who is this fashion line tailored to? Who are your customers?

“We want to focus on society as a whole and sell to everyone.”

But predominantly teenagers I would assume?

“When we studied the response on social networks the most interested group were ladies aged 25 to 35. So first we wanted to focus on teenagers, but we are slowly moving that focus to encompass a higher age group as well.”

Why did you chose the name Gypsy MaMa? Was it meant to convey a special message or did you just think it would catch on?

“Yes, well first we wanted a Hip Hop collection, but then we got the idea of calling it Gypsy MaMa. It pertains to a large group of Roma young women, who are long-term unemployed and who start having babies at the age of 18 –so it’s about young, unemployed Roma mums.”

What are the clothes like? I would expect something bright, colourful, young….

“We will have a new collection in the autumn, by two designers, one line is a bit darker, while the other is more spirited, bright colours, ornaments and we are planning a line of accessories to go with them – earrings, necklaces, bracelets…”

“Yes, these are clothes for leisure time, streetwear, bright colours, ornaments from Romany culture, scarves, skirts, and such….We will have a new collection in the autumn, by two designers, one line is a bit darker, while the other is more spirited, bright colours, ornaments and we are planning a line of accessories to go with them – earrings, necklaces, bracelets…”

“Our vision is to expand throughout the EU, to sell across Europe and in this way to help the Roma communities on the continent because there are six million Roma in Europe. We want to produce this kind of fashion, establish social enterprises and give the Roma jobs and then the majority populations will see that the Roma can be creative and productive rather than passive recipients of social aid.”

You are head of marketing…did you find it difficult to market this product?

“Yes, somewhere it proved hard, but with young mums, or young ladies in the 25-35 age group it was so easy. They want to help as well, which makes a difference, they see that it is a non-profit organization that there is some meaning in this project and they also like the fashion. So altogether it works, though slowly of course…”

You said you would like to see the project go international…is there a possibility for cooperation in Europe for you?

“We hope so. But first we want to establish the brand properly in the Czech Republic, for one or two years more, and then we will try to cooperate with different organizations, with Roma communities, through the Museum of Romany Culture, I believe we can find a way. For example in the autumn we are taking our new collection to Brussels to a fashion design market for smaller, original fashion brands from ten European states, so maybe, if we are successful, it may open the way to some cooperation.” Photo: Official Facebook page of Gypsy MaMa Do you envisage using Romany fashion designers in due time as well?

“That is our goal as well, to find some Romany fashion designers who would work together with Czech designers. It will need some time of course, but we are thinking about it…and we believe it will be possible. There is a high school of textiles and fashion design and there are currently some Romany students studying there, so we hope that they will be our future designers and that we can produce fashion with them.”

For more information go to: www.gypsymama.cz 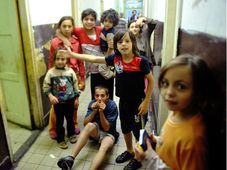 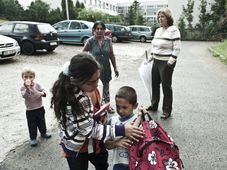 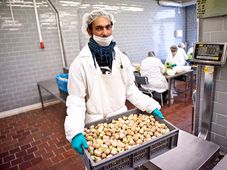