The deadly attack in Ostrava’s university hospital in which a gunman killed six people and injured three others on Tuesday, shocked the nation and opened up many questions regarding security around so-called “soft targets”. I spoke to former Czech Military Intelligence chief Andor Šándor about the present state of security in Czech hospitals, what more can be done to increase it and the lessons to be learnt from Tuesday’s attack. 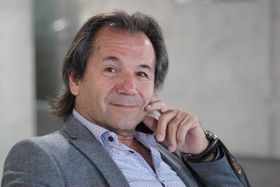 Andor Šándor, photo: Elena Horálková / Czech Radio “First I would like to note that an attack happened that we thought would not happen in this country, that such things only happen in the United States. A gunman started shooting at people in a hospital, which is a soft-target that is always difficult to protect, if it is to serve the purpose for which it was constructed.

“There are obviously problems in the protection of hospitals as such. First of all, there are too many entrances which are not guarded, not monitored. Then there are security agencies which are not fit to face up to such a challenge, which are not good enough to protect hospital staff and patients in the event of a serious crisis. Security agency employees are often older people who are not physically fit for this kind of work. And the primary reason why this is so is money. Because if the hospital pays the agency 120 crowns per hour and the employee gets 70 crowns from that sum, then what kind of protection do you get for that? What professional would work for that kind of money?

“Also hospital staff should be appropriately trained in how to react when something like this occurs, for the hospital to have panic buttons and many other things. One or two hospitals in Prague have a small rapid-reaction unit on the premises that can be very quickly on the spot when a nasty situation develops.”

So are you saying that, in general, security in hospitals needs to be heightened – around the country?

“No doubt about that at all. I have seen the situation in many hospitals, I have worked for some hospitals, although obviously I cannot name them, but none of them is suitably protected and perfectly safe. Admittedly it is a soft-target that is difficult to protect if it is to serve its purpose and provide medical care. But I believe that there are things than can be done. Staff should be trained appropriately, should practice responding to this kind of situation.”

The people were shot from close up – the attacker aimed at their heads, their necks. Did they have a chance to disarm him, as we saw in London, although that was an attacker with a knife. Was there any possibility to fight back, here? 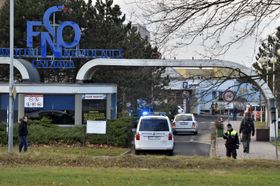 The attack in Ostrava’s university hospital, photo: ČTK/Jaroslav Ožana “No, I think this is a very different case. Imagine you are sitting in a waiting room waiting for the doctor to treat you, you are sick, not feeling very well, it is 7am and all of a sudden one of the people there starts shooting. Shooting is so fast, you can shoot ten rounds in ten seconds, so there is little you can do even if you were prepared. But then, I believe hospitals should be free of weapons anyway. The idea that we should arm citizens so that when such a thing happens we will have a better chance to survive is a stupid idea. It will not work. I am 100 percent sure that it will not work. So the people, unfortunately had little, if any, chance of surviving the attack. Because the attacker knows what he wants to do. He is in control of the situation. He knows when he will launch the attack and he knows where to run once he has done what he wants to do. So we are talking about a situation where the people were doomed to die. What he did was like an execution, really.”

But under the circumstances, if this hospital had had a small rapid reaction unit, as you mentioned, would it have changed anything?

“If they had one, it would have helped to catch the gunman within the premises of the hospital. In this case the culprit was able to run away. That is not the fault of the police but of the security agency that was not able to surround the building and to prevent him from escaping. Because when he escaped he could have shot other people on the run. So such a unit would not have prevented him from shooting, but it would have prevented him from escaping and doing further harm.”

The police managed to identify him very quickly and catch him due to the fact that his face was caught on one of the security cameras. Are there enough security cameras around? Often people oppose them on the grounds of privacy. Just a few days ago the police floated the idea of testing a facial recognition camera system in Prague and the idea was rejected by the Prague City Hall. Are cameras something we will have to accept in the near future and would you like to see more of them? 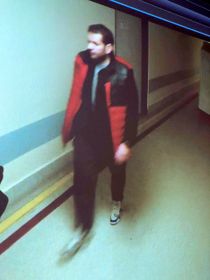 The culprit in Ostrava’s university hospital, photo: archive of Czech Police “These camera systems serve you well when you want to find a culprit. Of course, it depends on how well the people who operate them are trained in “reading” the video footage. But generally cameras do not have a preventative role. In a parking lot they will put off thieves, but in a hospital, with a gunman determined to act, they will not afford protection, only a better chance to find the offender.

“Mind you, there are possible pitfalls here as well, because in this case the police posted a photo of the likely suspect on Twitter and at the end of the day we saw that it was not him. So you have to be really careful when putting out that kind of information. The police said the public had been very helpful in tracking the man down largely due to the posted photos, but the man who was wrongly labelled as the possible culprit must have had a very difficult time.

"If he had met someone carrying a weapon that person could have shot him, because the police said he was a likely murderer. So, one has to be careful. I personally do not believe that too many cameras will solve the problem with security. I believe that the system of organization and training of people is the main answer to the security threats and problems we have in this country, but not only here.”

We are in the run-up to Christmas and security in public places is tighter, as it is every year. What works best in terms of prevention? Would it be more people stationed around every soft –target?

“We will always have a shortage of manpower. There are so many soft targets and not enough officers to guard them. Even if the military were to be deployed -and there is no reason for that- it would be near impossible. That is the life we are living, in a free, democratic society. But even in North Korea –to name a different type of society – you cannot afford total protection. So people should be careful, should be vigilant, take note of abandoned luggage and be aware of what is going on around them. Because under the circumstances you have just two options: you can stay at home relatively safe, but your life will not be worth living or you go out and live a full life, while being on your guard. This means not going out to meet the danger, but trying to avoid risky situations as much as possible. We need to adopt that way of life. There is nothing else we can do.”

This kind of incident always sparks a debate about gun license laws. In this case the man did not have a gun license. How easy is it to get a gun illegally in this country?

“I can’t say how easy it is, but it is certainly possible. There were two gun amnesties in this country in the past twenty years and during those gun amnesties people returned thousands of weapons and I am 100 percent sure that some were not handed in. There is a black market and if you know the right people to ask you can get a weapon. That’s the reality.”

Are these incidents more frequent or is it that with the Internet we get to hear more about them? 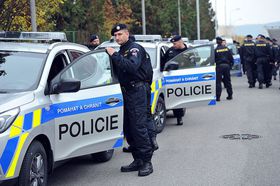 Illustrative photo: Filip Jandourek / Czech Radio “I would bet my life that some more will come. But, on the other hand, I hope we will not follow the American scenario where nearly every day somebody shoots innocent people. So we should do something about the level of security in hospitals, schools and other public places. One of the things that I think contribute to this trend is the growing hatred among people; the fact that we are so much more impatient, intolerant and lacking in empathy. If you look at social networks you will see so much of that, and even on the political level you have politicians using vulgar, aggressive, language. They should serve as an example to ordinary people, not contribute to spreading intolerance. So I would want to see people being more patient, more polite and more tolerant and not to spread hatred which contributes to what we have seen in the last few days.”