The boom in beauty pageants in the Czech Republic

Beauty pageants are by no means just a Czech phenomenon, but the do enjoy a popularity here unparalleled in most of Western Europe. There are scores of different Miss competitions, from the big nationals like Miss Ceske Republiky and Ceska Miss, right down to the more specific titles of Miss Deaf Czech Republic, Miss Roma Czech Republic, and Miss Orphan Czech Republic, to name but a few.

Miloslav Zapletal is the owner of one of the biggest beauty pageants in the country - Miss Ceske Republiky, otherwise known as Miss Czech Republic. He explains why he thinks these competitions are so popular in this country:

"Miss competitions aren't too popular in a whole lot of other countries because they have been running for more than 50 years. So they have kind of passed their best there. But 'Miss' competitions were banned here under Communism. We managed to set them up here eventually, and next year, Miss Ceske Republiky will be celebrating its 20th birthday. Maybe for this reason the contest is really very popular here, unlike in Scotland, England, France and Italy."

Tatana Kucharova won this contest back in 2006. She subsequently went on to become Miss World. She disagrees with Miloslav Zapletal, attributing the popularity of such competitions to the reputation they have built up here:

"I think it's because this competition has a really long, long history, this year it will be the 20th Miss Czech Republic. And we have had a few very successful Misses in the past. For example, there was Alena Seredova, she came fourth in Miss World, and Monika Zitkova, she was Miss Europe in 1995. So, that's why I think it is so famous and popular here."

This all sounds very rosy. So, is this really the golden age of the Miss pageant here in the Czech Republic? I asked Miloslav Zapletal:

"Three years ago, we underwent a slight crisis when a rival Miss contest set up in competition. In my opinion, this was a bit of a blow. But in the course of the last couple of years, we have stabilized ourselves a bit. We don't have any problems finding sponsors, we don't have any problems with the staging of the event. So I would say that we are experiencing a second golden age. We are even in talks with the organizers of these international Miss competitions, Miss International, Miss World etc, about staging some of these events here. It's looking promising."

Michaela Malacova is the owner of this rival Miss competition. She set up Ceska Miss back in 2005, when the owners of Miss Universe offered her the license to this pageant. She herself was Miss Czechoslovakia back in 1991, and so has experience from both sides of the competition. She explains what she looks for now in a Miss:

"Definitely beauty is not enough. I can't exclude it. Sure, the girls must be pretty. We have professional photographers and directors helping us choose the right girl. I take a look at how healthy they look, how they move, if they can pose. But this is just the first thing, which you can see. The second thing we are searching for is her personality, whether she can speak foreign languages, whether she can present herself well and represent our country abroad in the big international competitions. We are looking for educated, smart girls, who have something more."

One of Michaela Malacova's successors to the throne is Tatana Kucharova, last year she was crowned Miss Czech Republic, and this year she became Miss World:

"I spent such a long time preparing and I was so happy when it was finished! Before the grand final we needed to do lots of choreography lessons, for the talent part of the show. Every girl had to choose what she wanted to do for the talent part of the show, and I chose dancing. It wasn't easy, and to spend 2 months working on it so intensively, stressed all the time, you know, it wasn't easy for anybody. But it worked! And you, know, you must, when you get that chance, you must."

Michaela Malacova never became Miss World, but is still probably the most well known former Czech beauty queen. Since she won the title, she has worked as a political campaigner for the Civic Democratic party here, set up her own business and become the partner of one of the Czech Republic's richest men. Can she still remember how she felt back when she won Miss Czechoslovakia?

"I had mixed feelings. Sure I was happy, that I was the prettiest girl in the competition, but sure I felt that this is just a game somehow. I was interested in what would happen next. I was really happy to travel and to meet other people. I was just happy that something was happening - that I didn't have to sit at home and watch TV, and wait to find out what will be going on at school the next day. For me, it was a really big change in my life."

Mrs. Malacova says that being pronounced Czech Miss is only the beginning, and that is when the hard work really starts. I asked her about her experiences, that following year:

"Well my experience was that I met many interesting people. I remember that it was a different time. The year was 1991, and the country was changing fast. There was a different atmosphere. I was Miss Czechoslovakia - we were a little bit bigger then. I went everywhere. I was traveling to different cities, people were waiting for me, I was giving many interviews, having my photo taken. I was in Miss Universe, in Bangkok in 1992, I was in Miss Model of the World, some Miss Tourism contest - whatever. And I thought about what I would do with my life, because my dream was never just to be a model or a Miss. And so I went to school in Prague to FAMU - the film and TV academy, and I studied Television Production."

Miloslav Zapletal has been involved in these beauty pageants since they started up here in the 1980s. He explains the way they have changed over the years:

"In the beginning, the girls entering the competition were absolute amateurs. They didn't know what the whole thing was about, and they didn't have the international competitions like Miss World to measure themselves up against. Gradually, as the younger generation started looking at their predecessors, they came to realize that they really have to be talented in some way or another. This is because there is a part of the competition which tests the girls on talent alone. The girls realized they had to learn how walk down a catwalk, like models too. They had to be beautiful as well, of course. So the whole thing started to become more professional."

"Everything did become a lot more professional, this is exactly right. These first years were a lot more dependant upon enthusiasm than professionalism. But today, these girls know exactly what they are doing, they are a lot more prepared. But on the other hand it is always the same. There are big expectations, big dreams, sometimes harsh realities. In some ways the young people are similar, in some ways they are different. I think that in the 90s, the girls were ready to do much more, today they are a little bit spoilt, some of them, this is my experience."

Zdenka Sedlackova is a psychologist who has watched the way these competitions have developed over the years. She outlines the type of person who, she thinks, is most likely to enter into such a competition:

"The majority of girls who enter these competitions want to attract attention to their own beauty, and are, I would say, driven by 'consumerist' values. These are elements of our daily life like money, popularity, the possibility of foreign travel, etc. All of these things combine to create a very attractive package for girls who have inherited these values from their parents, let's say."

And why does she think that Czechs like watching these contests so much?

"Czechs really like to stage and take part in these big, extravagant events. I would say we are a communicative nation, and we like to have these big grand events to talk about. The second thing I would say is that these Miss competitions have a bit of the sheen of the big wide world to them - we have only been part of this outside world for a little while. We are a small country, and we were isolated under communism. So these competitions represent another world for us, even though they have now been around in this country for quite a few years now." 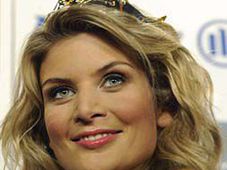 In this week’s Magazine: activists demonstrate in support of direct presidential elections; Tesco decides to rename its Czech department stores;… 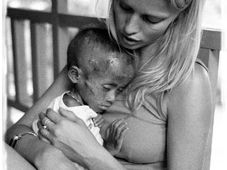 Helena Houdová – bridging the worlds of humanitarian aid and modelling

As a champion of animal rights and an advocate of green politics, Plzeň-born Helena Houdová was an atypical beauty queen when she became Miss… 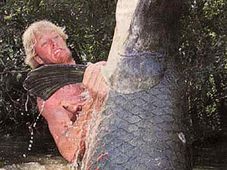 A Czech angler has landed the catch of his life - an Arapaima Gigas weighing over 100 kilograms. Hradec Kralove has a new attraction…