With or without fries? Czechs and fast food

Over the last seventeen years Czechs have gotten increasingly used to fast food and now many accept everything from hamburgers to hot dogs to pizza as part of their regular diet, if not every day than certainly from time to time. Forgotten are the days when there were only one or two international franchises in town: there are increasingly more venues to choose, with ever more variety. 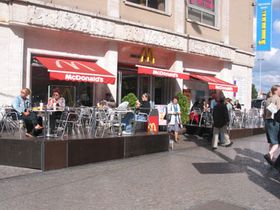 Karel Mayer is a hospitality consultant at Incoma Research, a market research agency:

"Consumer's eating habits are continuing to change, depending on a number of factors, among them greater disposable income and purchasing power as well as far more time spent in the workplace. So-called "out-of-home" consumption is definitely up. The amount of income people spend on out-of-home gastronomy is around 20 percent of funds spent on foodstuffs, and that is expected to rise to 25 percent over the next five years. By comparison, the ratio in France is 30 percent and in the US, 50. In the Czech Republic we've seen a 10-12 percent rise in consumption at fast food outlets year-on-year."

One factor has been the impact of so-called food courts introduced at many of the country's shopping malls, offering increasing variety and choice. Like elsewhere, there is now nothing unusual about Czech families spending the day at the mall, combining shopping and dining with other entertainment, from going to the arcade to going to the cinema. Karel Mayer again: 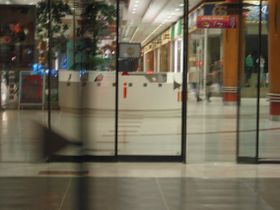 "I would say that shopping centres as well as sports venues are dominant areas where we've seen an impact, increasing both quality and offering more options. People are spending more time outside the home and while the new generation wants the same as their counterparts in Germany and France, it's not just them alone. Their parents have also been influenced by the possibilities."

Still, not everyone admits they eat fast food, we found out when we went out and spoke to pedestrians on a number of Prague streets: 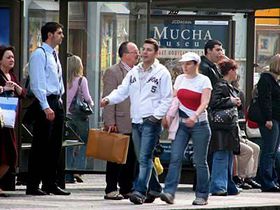 Older man: "Not me, I really don't like fast food. I tried it and try to stay away from all that. I try to eat healthily when I can, even though in reality it can be difficult."

Man: "I think that food is a representation of culture. We're not the US. Culture should also be represented by good food and drink."

Woman: "I think they think it was better, because it was from the West, but I don't go very often, perhaps two or three times a year."

Young woman: "I try not to, but of course if you're downtown somewhere and you're really hungry, so you grab a hamburger, it's true. There's been quite a shift in values because they can see it in other countries."

Despite the denials, fast food in the Czech Republic is here to stay and it has had an impact, not necessarily positive. Dr Vaclava Kunova is of the STOB association helping clients lose weight:

"Fast food is increasingly a factor in the Czech Republic although it is not the massive problem it is elsewhere, for example, in the United States. But fast food does increase the risk of obesity and cardiovascular illness. Not necessarily for only the usual reasons people think: high-fat or sugar content. Another factor is high energy density: if you have just an ordinary 100 gram hamburger it is not very filling but has a density of 1,100 kilojoules so there's a very high risk that within a few hours you feel hungry again and overeat. It becomes a never-ending cycle. The food is very convenient but within two or three bites it's gone, and you have to pick up something else."

Dr Kunova says that clients need to be more aware of what they eat and the possible impact on their health. Often when clients, especially men, come to the STOB clinic, it is because they already have problems with their health. At the same time, Vaclava Kunova agrees that many venues - international and local - have at least been refining their menus to include healthier options:

"If venues were to offer an even wider variety of salads and so on with say chicken or cheese it would be better. Not everyone always has the time to prepare their meals in advance so people need to be able to grab something on the go. But I think that a lot of fast food restaurants still have room for improvement."

"I see two changes in not just the international chains but on the market in general: one is with regards to style, the other, options. We see big international chains re-branding from classic fast food to 'fast casual', where the emphasis has retained fast service but shifted to more relaxed consumption. In restaurants you see more lounge furniture, children's areas are standard, and there are even sections for business people to hold meetings. The other emphasis is on the quality of foodstuffs. At the big international venues we've seen the introduction of healthier choices: for example more salads and fruits and freshly-squeezed juice." 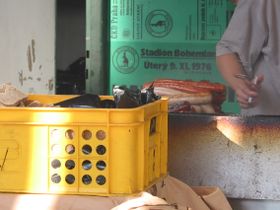 Consumers, say nutritionists, still need to watch what they eat, but many welcome that at least there are some alternatives within the fast food environment. Vaclava Kunova describes the Czech diet before 1989 as "bland and grey" - a time when "everyone ate more or less the same". Now, there is much more variety, and slowly but surely, a segment of the population is eating more whole-grain products, more fruit and vegetables, more poultry rather than pork, and - even though it's a fairly small percentage - more fish. Still, one area unlikely to change is that of Czech fast food, something many, even those who have gone healthier routes, find difficult to give up: the occasional "klobasa" sausage with beer, or fried cheese, or even potato pancakes. Karel Mayer once more:

"I have to say that Czechs are traditional regarding their own fast food and they generally are positive towards sausages and fried cheese. Those remain favourites. Such food has become increasingly associated with, for example, certain events: canoeing down the river and hiking. But at least the quality has improved, thanks to stringent norms." 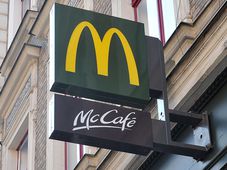 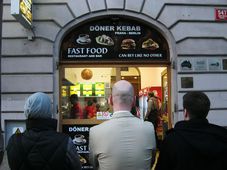 Kebabarny.cz (kebabárny) is a website which reviews kebab and gyros eateries, mainly across Prague, but also throughout the Czech Republic,…